Our full set of predictions, statistics and match poll for Stoke City v Stevenage can be seen below (inc. the best betting odds).

Stoke City will be hoping for a repeat of their last result, following the 4-0 Championship victory over Reading.

Alex Neil's Stoke City have hit the back of the net a sum total of 10 times in their preceding 6 outings. At the other end, the tally of goals that have been scored against them in those same fixtures amounts to 7.

Stevenage will go into the game following a 3-0 League Two win in the defeat of Leyton Orient in their most recent match.

A series of dependable performances by the Stevenage defensive players has seen the number of goals they’ve conceded standing at 3 from their previous 6 clashes in total. In that period, their own attack force has managed to score 10. That kind of trend might not be continued here, though.

The Stoke City manager Alex Neil will be grateful not to have any fitness worries to speak of before this clash owing to a completely injury-free squad to choose from.

Thanks to a fully injury-free group to choose from, the Stevenage manager Steve Evans does not have any fitness concerns to report coming into this game.

It looks to us that Stoke City have it within them to get amongst the goals when they line up against Stevenage, who may well struggle scoring.

We’re predicting a 2-0 win for Stoke City when the full-time whistle blows. 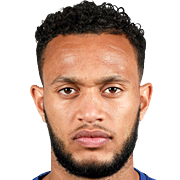 Usually playing in the Centre Midfield position, Lewis Baker was born in Luton, England. Having made his senior debut playing for Sheffield Wednesday in the 2014 - 2015 season, the gifted Midfielder has bagged 5 league goals in the Championship 2022 - 2023 campaign so far from a total of 28 appearances.

We have made these Stoke City v Stevenage predictions for this match preview with the best intentions, but no profits are guaranteed. Please always gamble responsibly, only with money that you can afford to lose. Good luck with your selections.