Yokohama FC will face off against visiting side Urawa Red Diamonds at NHK Spring Mitsuzawa Stadium in this J1 League meeting on Sunday.

Our full set of predictions, statistics and match poll for Yokohama FC v Urawa Red Diamonds can be seen below (inc. the best betting odds).

Yokohama FC will be hoping to return to winning ways here following the 4-0 J1 League loss in their previous game against Yokohama F. Marinos.

Fixtures with Yokohama FC have tended to be absorbing ones recently with high scoring the rule rather than the exception. Over their past six games, the sum of 21 goals have flown in for both sides combined (at an average of 3.5 goals per game) with 7 of them coming from Yokohama.

Coming into this fixture, Yokohama FC are without a home win in the past 3 league games.

Following on from suffering a loss in their previous game against Kashiwa Reysol in J1 League action, Urawa Red Diamonds and their fans will hope to get a better result this time.

In the course of their 6 previous matches, Tsuyoshi Ōtsuki's Urawa Red Diamonds have found the net 6 times, giving them a goals per game average of 1.

Nearly everyone is up for selection, with just one fitness concern for the Yokohama FC boss Takahiro Shimotaira to be concerned with from an otherwise fully-primed group. Yuji Rokutan (Nose surgery) will miss out.

With a completely healthy group available to choose from, Urawa Red Diamonds boss Tsuyoshi Ōtsuki has no fitness worries whatsoever before this clash.

Our assessment here is that Yokohama FC will have their work cut out to score against this Urawa Red Diamonds team who we think will likely end up scoring and staying ahead.

That’s why our selection here is for a good tussle with a 0-1 winning score for Urawa Red Diamonds at the conclusion of the game. 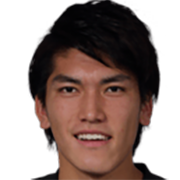 Generally taking to the field in the Striker position, Kazunari Ichimi was born in Kumamoto, Japan. After having played his first senior match for Gamba Osaka in the 2018 season, the talented Forward has hit 2 league goals in this J1 League 2020 campaign to date in a total of 5 appearances.

While we have made these predictions for Yokohama FC v Urawa Red Diamonds for this match preview with the best of intentions, no profits are guaranteed. Always gamble responsibly, and with what you can afford to lose. We wish you the best of luck.