Aalborg BK make the trip to Sydbank Park on Monday for the Superliga clash with home side SønderjyskE.

To see all of our predictions, user poll & stats for SønderjyskE v Aalborg BK, scroll down (inc. the best betting odds).

SønderjyskE will be hoping for a better result after the 3-1 Superliga defeat in their last game at the hands of Vejle BK.

In that game, SønderjyskE managed 45% possession and 12 shots on goal with 2 of them on target. For SønderjyskE, the goals were scored by Duplexe Tchamba (63' Own goal) and Emil Holm (90'). Vejle BK got 9 attempts at goal with 6 on target. Arbnor Muçolli (33') and Saeid Ezatolahi (59') scored for Vejle BK.

It’s been all too rare in recent games where SønderjyskE have shown defensive steel. In fact, SønderjyskE have failed to prevent opponents from scoring in 5 of their previous 6 games, letting in 17 goals along the way.

Going into this game, the form guide shows that SønderjyskE:

In their last fixture, Aalborg BK drew 1-1 in the Superliga tie with Randers.

In that match, Aalborg BK managed 53% possession and 10 shots at goal with 3 on target. The only player to score for Aalborg BK was Milan Makarić (1'). At the other end, Randers had 8 shots on goal with 4 of them on target. Alhaji Kamara (56') was the scorer for Randers.

Proving their penchant for fruitful matches, goals have been seen as many as 20 times in the previous six matches in which Aalborg BK have played, giving a mean average of 3.33 goals each fixture. Opposing teams have got 10 from this total. Historical results aside, it remains to be seen whether the trend might be replicated in this next game.

Looking over their most recent head to head clashes stretching back to 01/07/2020 tells us that SønderjyskE have won 2 of these & Aalborg BK 4, with the number of draws standing at 0.

A total of 20 goals were scored between them throughout the course of those matches, with 7 from SønderjyskE and 13 being from Aalborg. The average goals per game has been 3.33.

The previous league game featuring these clubs was Superliga match day 11 on 03/10/2021 which finished with the scoreline of Aalborg BK 4-0 SønderjyskE.

SønderjyskE had 8 attempts at goal with 0 on target.

The match was refereed by Mikkel Redder.

The SønderjyskE manager Michael Boris has zero fitness concerns whatsoever coming into this match thanks to a fully healthy group to pick from.

Thanks to a completely injury-free squad to pick from, the Aalborg BK boss Martí Cifuentes does not have any fitness concerns to speak of before this clash.

We feel that SønderjyskE might have a difficult job to get anything against this Aalborg BK team who we think will score at least once to put them ahead.

We’re therefore anticipating a very even contest with a 0-1 winning score for Aalborg BK at the end of the match. 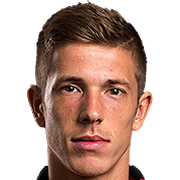 Generally played in the Right Wing position, Daniel Prosser was born in Budapest, Hungary. Having made his senior debut playing for Budapest Honvéd FC in the 2013 - 2014 season, the talented Forward has managed to score 2 league goals in this Superliga 2021 - 2022 season so far in a total of 8 appearances.

While we have made these predictions for SønderjyskE v Aalborg BK for this match preview with the best of intentions, no profits are guaranteed. Always gamble responsibly, and with what you can afford to lose. Good luck with your selections.