Albirex Niigata are the guests at NHK Spring Mitsuzawa Stadium on Sunday for the J2 League fixture with home side Yokohama FC.

All Yokohama FC v Albirex Niigata game predictions, stats and user poll are shown below - as well as the best betting odds.

Yokohama FC, who won their previous game, will hope for a similar result following the 2-3 J2 League success versus Vegalta Sendai.

It’s been all too rare in recent games where Yokohama FC haven’t conceded. It will be a concern for them that Yokohama FC have failed to prevent opponents from scoring in 5 of their previous 6 clashes, shipping 8 goals along the way.

Coming into this meeting, Yokohama FC are unbeaten in their previous 3 home league matches.

Albirex Niigata will go into this meeting following a 3-0 J2 League win to beat AFC Blaublitz Akita in their last match.

For Albirex Niigata, the goalscorers were Eitaro Matsuda (15'), Kazuyoshi Shimabuku (90') and Ryotaro Ito (92').

A succession of reliable displays from the Albirex Niigata defensive unit has resulted in their ‘goals against’ tally standing at 2 from their previous 6 fixtures in total. During the same time, their forwards have scored 15. That pattern might not be carried forward into this game, though.

Looking over their most recent head-to-head clashes dating back to 18/11/2007 shows that Yokohama FC have won 2 of these games & Albirex Niigata 4, with the number of drawn games standing at 0.

A total of 14 goals were produced between them during those clashes, with 4 for Yokohama and 10 for Albirex. That is an average goals per game value of 2.33.

The previous league fixture featuring these sides was J2 League match day 17 on 21/05/2022 which finished with the scoreline of Albirex Niigata 3-0 Yokohama FC.

The referee was Dai Matsumoto.

The Yokohama FC boss Shuhei Yomoda has a full complement, with no fitness concerns to speak of before this clash thanks to a fully healthy group to pick from. Saulo Mineiro will not be able to play in this game through being suspended.

Owing to an otherwise full-strength squad, there’s only the sole fitness worry for the Albirex Niigata gaffer Rikizo Matsuhashi to contend with. Ippei Shinozuka (Acromioclavicular Separation) won’t be in action. Takahiro Ko is ineligible for this match because of suspension.

We’ve got the feeling that Albirex Niigata and Yokohama FC may both find scoring difficult here.

Let’s see what happens, but it could well be that we end up with scores level and two clean sheets. We’re therefore expecting a very even match with a 0-0 draw by the conclusion of this game. 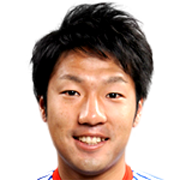 Usually deployed in the Striker position, Sho Ito was born in Kasugai, Japan. After having made a senior debut playing for Grenoble in the 2006 - 2007 season, the skilful Forward has struck 5 league goals in this J2 League 2022 season so far in 18 appearances.

While we have made these predictions for Yokohama FC v Albirex Niigata for this match preview with the best of intentions, no profits are guaranteed. Always gamble responsibly, and with what you can afford to lose. Best of luck with your selections.