This next Conference League Qualifiers meeting on Thursday will see Aris FC do battle with Astana.

Scroll down to see all of the predictions, poll and statistics for Aris FC v Astana (including the best match odds).

Aris FC won’t want a repeat of their last result here following the 2-0 Conference League Qualifiers loss in their previous game against Astana.

Fewer than three goals per match were scored during 6 of the past 6 meetings where Aris FC have been involved. Breaking down the goal weighting in this period, opposing sides scored a total of 6 and Theos tou polemou totted up 2.

Proving their penchant for high-scoring matches, goals have been scored 20 times in the prior 6 games in which Astana have sent out their troops, yielding a mean average of 3.33 goals for each fixture. Opposing teams have hit 9 of these goals. That aside, we’ll just have to find out whether the trend might persist in this upcoming game.

The Aris FC boss Apostolos Mantzios has no fitness concerns to speak of coming into this game owing to a completely injury-free group available for selection.

Owing to a completely injury-free squad to pick from, the Astana manager doesn’t have any fitness concerns to report before this match.

Looking at these two teams, we feel that Aris FC have it within them to create enough chances to score more than one when they line up against Astana, who could well struggle to score.

We therefore think that it’s going to be a 2-0 winning score for Aris FC at full-time. 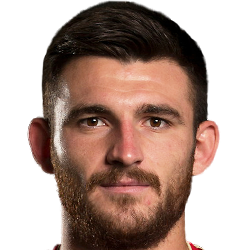 Normally playing in the Striker position, Dimitris Manos was born in Trikala, Greece. After making a first senior appearance for Veria in the 2012 - 2013 season, the dangerous Forward has scored a sum of 6 league goals in the Super League 2020 - 2021 season to date from a total of 35 appearances.

While we have made these predictions for Aris FC v Astana for this match preview with the best of intentions, no profits are guaranteed. Always gamble responsibly, and with what you can afford to lose. Good luck with your selections.