Volos will be hosting visiting team Atromitos at Panthessaliko Stadium in the Super League match on Saturday.

Scroll down to see all of the predictions, poll and statistics for Volos v Atromitos (including the best match odds).

Volos will be hoping to return to winning ways here after the 4-0 Super League loss in their previous game against Asteras Tripolis.

Volos have struggled with their forward play of late. Their ‘goals for’ figure equals just 3 versus opponents over their previous six outings. In those meetings, Volos have also seen the number of goals that have gone against them come to 12.

Ahead of this clash, Volos have not been beaten in their last 3 home league matches.

In their last fixture, Atromitos drew 2-2 in the Super League match with Panetolikos.

For Atromitos, the goalscorers were Rodrigo Galo (18') and Georgios Manousos (60'). Anthony Mounier (35') scored for Panetolikos.

The numbers tell their own story, and Atromitos have been scored against in 5 of their last 6 games, with opponents netting 6 goals in all. Defensively, Atromitos have some weaknesses to address. Regardless, we will just have to wait and see if that pattern will be replicated in this game.

Ahead of this clash, Atromitos are without a win away from home in their last 2 matches in the league.

The previous league contest featuring the two was Super League match day 19 on 19/01/2020 when it ended Atromitos 0-0 Volos.

In that game, Atromitos had 38% possession and 8 shots on goal with 1 of them on target.

Volos had 1 shots at goal with 0 on target.

The referee was Angelos Evangelou.

Volos boss Stefanos Xirofotos will be thankful to have no fitness worries to speak of ahead of this game thanks to a fully healthy squad ready to go.

Thanks to a completely injury-free squad available to select from, Atromitos boss Savvas Pantelidis doesn’t have any fitness worries at all coming into this clash.

We’re inclined to think that Volos will need to put in a solid display to get anything against this Atromitos team who we reckon should end up scoring and possibly keep a clean sheet as well.

With that in mind, we reckon that it will be a very even contest with a 0-1 winning margin for Atromitos at the end of this one.

Over/Under 2.5 Goals Prediction for Volos vs Atromitos
Under 2.5 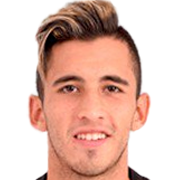 Generally played in the Right Attacking Midfielder position, Joaquín Torres was born in Neuquén, Argentina. Having played his first senior match for Newell´s Old Boys in the 2015 season, the dangerous Midfielder has hit 5 league goals in the Super League 2019 - 2020 season to date in 24 appearances.

We have made these Volos v Atromitos predictions for this match preview with the best intentions, but no profits are guaranteed. Please always gamble responsibly, only with money that you can afford to lose. We wish you the best of luck.