Avaí will be visiting Estádio do Maracanã on Sunday for the Serie A tie with home team Fluminense.

Full predictions, stats & game poll for the Fluminense v Avaí match are shown here - along with the latest match odds.

Fluminense head into this match following on from a 0-0 Serie A drawn match vs América Mineiro.

In that game, Fluminense had 78% possession and 20 attempts on goal with 3 on target. América Mineiro got 9 attempts at goal with 4 on target.

Coming into this fixture, Fluminense haven't beaten Avaí in their last 2 league matches.

Avaí go into this game following a 3-2 Serie A win with the defeat of Fortaleza in their last outing.

The numbers tell their own story, and Avaí have been scored against in 5 of their last 6 matches, seeing opposing sides hit 9 goals in total. In defence, Avaí have not been doing too well. We will have to find out if that trend can be continued on into this next match.

An examination of their prior head to head meetings stretching back to 08/08/2015 tells us that Fluminense have won 3 of these & Avaí 2, with the tally of draws being 1.

A combined total of 12 goals were scored between the two sides in these games, with 8 of them for Tricolor and 4 coming from Leão da Ilha. That is an average goals per game value of 2.

The last league fixture featuring the two was Serie A match day 36 on 01/12/2019 and the score finished Avaí 1-1 Fluminense.

On that day, Avaí had 43% possession and 5 attempts on goal with 1 on target. Their only player to score was João Paulo (93').

At the other end, Fluminense had 7 shots on goal with 2 on target. Marcos Paulo (36') was the scorer.

The match was refereed by Daniel Nobre Bins.

The Fluminense boss Fernando Diniz will be grateful not to have any fitness worries at all coming into this game owing to a completely injury-free group available to select from.

Thanks to a mainly full-strength group, there’s only the one fitness issue for the Avaí manager Eduardo Barroca to be concerned with. Jean Pyerre (Testicular Cancer) misses out for this game.

When taking all factors into account, Fluminense are likely to convert a lot of goal-scoring opportunities.

At the other end, Avaí could well struggle to make a breakthrough but we do think that it’s more than likely that they will be converting at least once here.

Accordingly, we see a 3-1 victory for Fluminense at full-time. 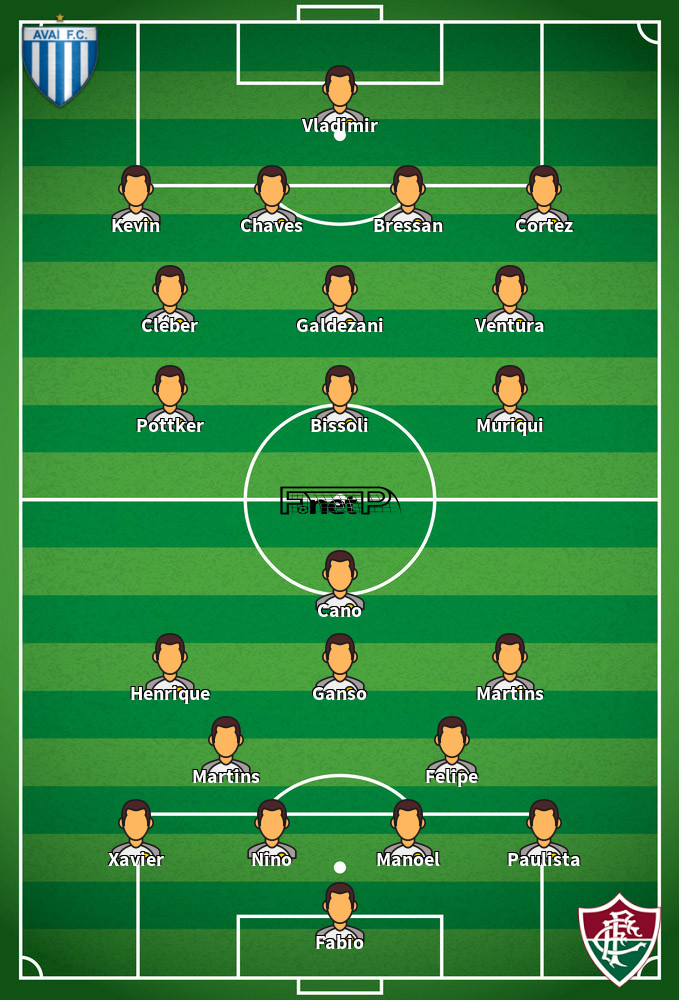 Customarily deployed in the Right Wing position, Luiz Henrique was born in Brazil. After making a first senior appearance for Fluminense in the 2020 season, the gifted Forward has contributed 2 league goals in this Série A 2022 campaign so far coming from a total of 11 appearances.

We have made these Fluminense v Avaí predictions for this match preview with the best intentions, but no profits are guaranteed. Please always gamble responsibly, only with money that you can afford to lose. Good luck!