Full predictions, pre-match stats and user poll for IK Sirius v BK Häcken are shown on this page - as well as up-to-date odds.

It has been all too rare in recent games that IK Sirius have shown defensive steel. In fact, IK Sirius have seen their defence breached in 6 of their previous 6 games, giving up 13 goals during that time.

In their last fixture, BK Häcken drew 2-2 in the Allsvenskan match with Malmö FF.

In that game, BK Häcken managed 40% possession and 17 attempts at goal with 4 on target. For BK Häcken, the goals were scored by Alexander Jeremejeff (63') and Patrik Wålemark (70'). For their opponents, Malmö FF got 23 shots on goal with 6 of them on target. Antonio Čolak (5') and Malik Abubakari (84') scored for Malmö FF.

Demonstrating their appetite for action-packed encounters, the back of the net has been hit 23 times in the last 6 games in which BK Häcken have taken to the pitch, yielding an average of 3.83 goals per clash. Opposition teams have got 10 from this total. Historical results aside, time will tell whether that pattern might be replicated here in this match or not.

Going into this game, the form guide shows that BK Häcken:

Inspecting their most recent head to head meetings going back to 31/10/2018 tells us that IK Sirius have won 1 of them and BK Häcken 3, with the number of drawn games being 2.

The IK Sirius boss Daniel Bäckström will be thankful to have no fitness worries whatsoever ahead of this game with a completely injury-free group available to select from.

Owing to a fully healthy group to pick from, the BK Häcken boss Per-Mathias Hogmo doesn’t have any fitness concerns whatsoever before this game.

We’re of the view that IK Sirius are likely to get a goal against this BK Häcken team, but one goal might not be as many as they’ll concede.

We can see a tight encounter finishing with a 1-2 victory for BK Häcken when the full-time whistle blows. Could easily go either way, this. 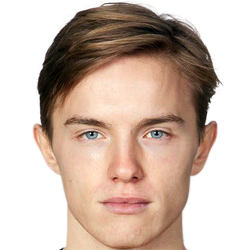 Normally playing in the Centre Midfield position, Jacob Ortmark was born in Sweden. After having played his first senior match for IF Brommapojkarna in the 2014 season, the accomplished Midfielder has bagged 3 league goals in the Allsvenskan 2021 campaign so far from a total of 26 appearances.

We have made these IK Sirius v BK Häcken predictions for this match preview with the best intentions, but no profits are guaranteed. Please always gamble responsibly, only with money that you can afford to lose. Best of luck.