Stoke City make the trip to Brentford Community Stadium on Saturday for the Championship meeting with home side Brentford.

Our full set of predictions, statistics and match poll for Brentford v Stoke City can be seen below including the latest game odds.

Brentford are hoping to win again after their last result, a 3-0 Championship success vs Sheffield Wednesday.

In that match, Brentford managed 46% possession and 11 attempts at goal with 4 of them on target. For Brentford, the goals were scored by Saman Ghoddos (74') and Mads Bech Sørensen (83'). For their opponents, Sheffield Wednesday had 3 attempts on goal with 1 on target.

It has been all too rare in recent games that Brentford have shown defensive steel. It will be a concern for them that The Bees have failed to prevent opponents from scoring in 5 of their previous 6 clashes, giving up 8 goals along the way.

Going into this one, Brentford have not beaten Stoke City in their previous 3 league matches.

After suffering a loss in their previous game against Barnsley in Championship competition, Stoke City will be aiming to make amends here.

In that match, Stoke City managed 51% possession and 12 attempts on goal with 1 of them on target. Barnsley had 12 shots at goal with 4 on target. Callum Styles (9') and Daryl Dike (90') scored for Barnsley.

Michael O'Neill's Stoke City have turned their attacks into goals a total of 6 times in the course of their previous six matches. The number of goals that they have conceded during those same matches equals 7.

Going into this game, the form guide shows that Stoke City:

Looking at the statistics for their head to head meetings dating back to 11/08/2018, there has been little to separate the clubs with Brentford winning 2 of those games, Stoke City 2 and 2 being drawn after 90 minutes of play.

A sum of 13 goals were yielded between them in this period, with 7 of them from The Bees and 6 netted by The Potters. That’s an average goals per game of 2.17.

The last league encounter between these clubs was Championship match day 7 on 24/10/2020 and the score finished Stoke City 3-2 Brentford.

In that match, Stoke City managed 32% possession and 7 attempts at goal with 4 of them on target. The scorers were Steven Fletcher (9'), James McClean (35') and Tyrese Campbell (59').

The referee was Keith Stroud.

Availability isn’t a big problem, with just a single fitness concern for the Brentford manager Thomas Frank to contend with due to a largely intact group of players. Shandon Baptiste (Knee Surgery) is out of contention.

Thanks to a mainly available group of players, there’s only the lone fitness issue for the Stoke City manager Michael O'Neill to be concerned about. Tyrese Campbell (Knee Injury) won’t be playing here.

Stoke City should be able to put one past this Brentford outfit, although that might not be enough to avoid a loss.

We’re going for both teams to score in a 2-1 win for Brentford by the conclusion of the game. Looking forward to seeing how this one unfolds. 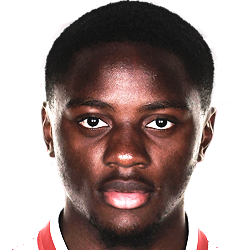 Mostly taking up the Centre Midfield position, Josh Dasilva was born in Ilford, England. Having played his first senior match for Brentford in the 2018 - 2019 season, the goalscoring Midfielder has contributed 5 league goals in the Championship 2020 - 2021 season so far coming from a total of 28 appearances.

While we have made these predictions for Brentford v Stoke City for this match preview with the best of intentions, no profits are guaranteed. Always gamble responsibly, and with what you can afford to lose. Good luck!