This highly anticipated Coppa Italia quarter-final match between Fiorentina and Torino takes place on Wednesday. They should both be fired up and, what with a place in the semi-finals at stake, it could well be a real cracker from these two.

Our predictions, user poll and statistics for Fiorentina v Torino can be found here (inc. the best betting odds).

Fiorentina prepare for this fixture following a 1-1 Serie A drawn match versus Lazio.

It’s been all too rare in recent games where Fiorentina have shown defensive steel. The facts show that Fiorentina have failed to prevent opponents from scoring in 5 of their previous 6 clashes, giving up 6 goals along the way.

In their last fixture, Torino drew 2-2 in the Serie A match with Empoli.

Over the course of 5 of the past six games involving Torino, a comparatively low number of goals have gone in between them and opposing teams. The overall average goals scored per game during that period works out to a mere 1.83, with the average goals for Il Toro standing at 1. That pattern won’t necessarily be sustained here, of course.

Looking at their prior head to head meetings going back to 19/07/2020 tells us that Fiorentina have won 3 of these games & Torino 2, with the number of drawn matches being 1.

13 goals were scored between them throughout the course of those matches, with 6 for La Viola and 7 coming from Il Toro. This gives an average number of goals per game equal to 2.17.

The previous league encounter between these sides was Serie A match day 19 on 21/01/2023 which finished with the scoreline of Fiorentina 0-1 Torino.

On that occasion, Fiorentina had 62% possession and 19 shots on goal with 5 on target.

Torino had 9 attempts at goal with 3 of them on target. Aleksei Miranchuk (33') was the scorer.

Torino boss Ivan Jurić has to choose from a squad that has some fitness concerns. Pietro Pellegri (Biceps femoris muscle injury), Koffi Djidji (Nose surgery), Valentino Lazaro (Sideband tear in the knee) and David Zima (Meniscal Injury) are those who can’t be considered. Koffi Djidji will not be able to play in this game through being suspended.

We believe that Torino should be able to find the net against this Fiorentina team, although that might not prevent them from conceding a couple at the other end.

We think that it’s going to be a 2-1 winning score for Fiorentina at full-time. We’ll have to see what happens. 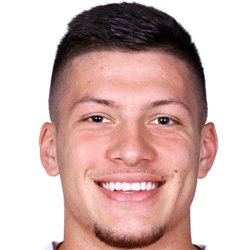 Mostly taking up the Striker position, Luka Jović was born in Bijeljina, Bosnia and Herzegovina. Having made a first senior appearance for Benfica in the 2015 - 2016 season, the accomplished Forward has hit 3 league goals in the Serie A 2022 - 2023 campaign so far in a total of 17 appearances.

While we have made these predictions for Fiorentina v Torino for this match preview with the best of intentions, no profits are guaranteed. Always gamble responsibly, and with what you can afford to lose. Best of luck.