Return to this page a few days before the scheduled game when this expired prediction will be updated with our full preview and tips for the next match between these teams.
Sporting Lisbon meet visiting opponents Gil Vicente at Estádio José Alvalade in this Primeira Liga clash on Wednesday. All Sporting Lisbon v Gil Vicente match predictions, user poll and stats are shown below including the latest game odds.

Sporting Lisbon have been on a persistent run of goalscoring form, hitting the target every time they’ve gone out to play in their last 6 games. They have hit an aggregate of 11 during that time while seeing the number of goals scored against them stand at 6. However, we’ll just have to find out whether the trend will be maintained in this upcoming match or not.

Coming into this fixture, Sporting Lisbon have not been beaten in their last 6 league matches at home.

During their six latest matches, Vítor Oliveira's Gil Vicente have managed to stick the ball in the net a total of 7 times therefore giving them the goals scored per game average of 1.17.

An examination of their prior head-to-head clashes going back to 16/02/2013 shows that Sporting Lisbon have won 5 of them & Gil Vicente 1, with the tally of drawn results being 0.

19 goals were produced between them during those clashes, with 14 for Sportinguistas and 5 coming from Gilistas. That’s an average goals per game of 3.17.

The last league encounter between the two was Primeira Liga match day 12 on 01/12/2019 which finished with the scoreline of Gil Vicente 3-1 Sporting Lisbon. In that match, Gil Vicente managed 23% possession and 6 shots at goal with 3 on target. The goalscorers were Bozhidar Kraev (18'), Sandro Lima (55') and Zakaria Naidji (99'). Sporting Lisbon had 9 attempts at goal with 2 of them on target. Wendel (45') scored. The referee was Hugo Miguel.

In an otherwise healthy group, there is just the one fitness issue for the Gil Vicente manager Vítor Oliveira to contend with. Fernando Fonseca (Unknown Injury) won’t be in action.

In this game, Sporting Lisbon should stay in control for long periods of time and should be able to convert a few of the chances that they create. At the same time, Gil Vicente are also probably going to find it difficult to score themselves - but, we do see them pulling one back during this clash, too. We’re therefore anticipating a pretty comfortable 3-1 margin for Sporting Lisbon when the full-time whistle blows. 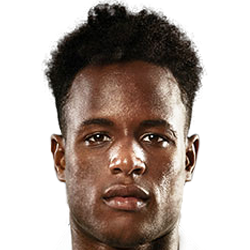 Normally playing in the Right Wing position, Jovane Cabral was born in Assomada, Cape Verde. After having played his first senior match for Sporting CP in the 2018 - 2019 season, the goalscoring Forward has contributed 5 league goals in the Primeira Liga 2019 - 2020 season to date from a total of 12 appearances.

We have made these Sporting Lisbon v Gil Vicente predictions for this match preview with the best intentions, but no profits are guaranteed. Please always gamble responsibly, only with money that you can afford to lose. Best of luck.