Return to this page a few days before the scheduled game when this expired prediction will be updated with our full preview and tips for the next match between these teams.
Full-Time Result Prediction
👉
Ross County to Win

View all of the Hamilton Academical v Ross County predictions, poll and stats below - plus the latest match odds.

Hamilton Academical will want to continue from where they left off last time out with the 1-0 Championship victory versus Greenock Morton.

The only name on the scoresheet from Hamilton Academical was Andrew Winter (19').

In their last game, Ross County drew 1-1 in the Premiership match with Motherwell.

In that game, Ross County managed 51% possession and 12 shots on goal with 5 on target. The only player on the scoresheet for Ross County was Jordy Hiwula-Mayifuila (80'). For their opponents, Motherwell had 11 shots at goal with 3 on target. Stuart McKinstry (68') was the scorer for Motherwell.

Looking at their most recent head to head meetings dating back to 03/08/2019 tells us that Hamilton Academical have won 1 of these & Ross County 4, with the tally of draws standing at 1.

In all, 16 goals were yielded between them in these games, with 6 of them for The Accies and 10 coming from The Staggies. That’s an average goals per game figure of 2.67.

The last league match featuring these sides was Premiership match day 4 on 12/05/2021 and the score finished Ross County 2-1 Hamilton Academical.

That time, Ross County managed 45% possession and 8 attempts on goal with 2 of them on target. The goals were scored by Blair Spittal (28') and Charlie Lakin (70').

Hamilton Academical got 10 attempts on goal with 2 on target. Scott McMann (26') was the scorer.

The referee was Willie Collum.

Availability isn’t a big problem, with just the sole fitness concern for the Hamilton Academical gaffer John Rankin to be concerned with from a near full-strength set of players. Lewis Spence (Knee Injury) won’t play.

Our feeling is that Hamilton Academical are likely to find the net against this Ross County side, but a single goal possibly won’t quite be good enough.

Our tip is for both teams to score in a 1-2 victory for Ross County by the conclusion of the game. We are expecting it to be pretty even. 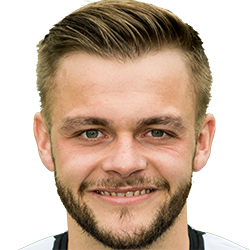 Mostly playing in the Striker position, Andy Ryan was born in Hamilton, Scotland. Having made his senior debut playing for Hamilton Academical in the 2011 - 2012 season, the dangerous Forward has managed to score 4 league goals in the Championship 2022 - 2023 season to date from a total of 13 appearances.

We have made these Hamilton Academical v Ross County predictions for this match preview with the best intentions, but no profits are guaranteed. Please always gamble responsibly, only with money that you can afford to lose. Good luck!