Scroll down to see all of the predictions, poll and statistics for Harrogate Town v Scunthorpe United including the latest game odds.

Over their prior six fixtures, Simon Weaver's Harrogate Town have netted 8 times which gives them an average number of goals scored per match of 1.33.

Their prior results show that Harrogate Town:

After being defeated in their last game at the hands of Rotherham United in EFL Trophy action, Scunthorpe United will be aiming to make amends here.

The forward players for Scunthorpe United have failed to get amongst the goals over their previous six clashes, netting the unsatisfactory return of only 3. In those fixtures, The Irons have also seen the collective goal tally of opposing teams equal 16.

The last league match featuring these clubs was League Two match day 30 on 20/02/2021 which finished with the scoreline of Scunthorpe United 3-1 Harrogate Town.

The Harrogate Town manager Simon Weaver will be happy not to have any fitness concerns whatsoever ahead of this clash thanks to a fully healthy squad available to select from.

With a completely healthy squad available for selection, the Scunthorpe United manager Neil Cox has zero fitness worries at all coming into this game.

We’re inclined to think that Harrogate Town look likely to create enough chances to score more than one when they meet Scunthorpe United, who might well find it difficult getting goals.

We therefore think that it’s going to be a pretty comfortable 2-0 win for Harrogate Town at the end of the match. 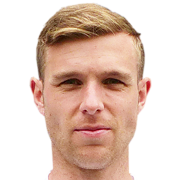 Regularly played in the Striker position, Jack Muldoon was born in Scunthorpe, England. Having made a first senior appearance for Rochdale in the 2014 - 2015 season, the goalscoring Forward has got 3 league goals in this League Two 2021 - 2022 season so far in a total of 10 appearances.

We have made these Harrogate Town v Scunthorpe United predictions for this match preview with the best intentions, but no profits are guaranteed. Please always gamble responsibly, only with money that you can afford to lose. Good luck if you do place a bet today.