Return to this page a few days before the scheduled game when this expired prediction will be updated with our full preview and tips for the next match between these teams.
Full-Time Result Prediction
👉
Varbergs BoIS to Win

Varbergs BoIS take on the visiting IK Sirius at Varberg Energi Arena in the Allsvenskan game on Sunday.

All Varbergs BoIS v IK Sirius match predictions, user poll and stats are shown below - as well as the best betting odds.

Varbergs BoIS will be hoping to return to winning ways here following the 3-1 Allsvenskan defeat in their last game at the hands of BK Häcken.

In that game, Varbergs BoIS had 40% possession and 10 attempts on goal with 4 on target. The scorer for Varbergs BoIS was Jaheem Burke (90'). BK Häcken got 19 shots at goal with 10 of them on target. Alexander Jeremejeff (33'), Gustav Berggren (35') and Oscar Uddenäs (58') scored for BK Häcken.

A common characteristic of more recent Varbergs BoIS games is the high number of scores with a nil in them.

Taking their prior six clashes before this one, in as many as 5 of them a bet on both teams scoring would have been a losing one. We will find out if that trend will be continued on in this game.

Since a losing effort in their last game against Djurgårdens IF in Allsvenskan competition, IK Sirius will be hoping to turn things around here.

The trend of at least one team not scoring a goal in games featuring IK Sirius has been noticeable in recent matches. Checking on their last 6 games shows that this has occurred 5 times. In those clashes, opposing sides have hit a goal aggregate of 11 while IK Sirius have scored 3.

Checking out their prior head to head meetings stretching back to 06/08/2016, both clubs have shared the honours with Varbergs BoIS winning 2 of those games, IK Sirius 2 and 2 being drawn in regulation time.

In all, 16 goals were yielded between them throughout the course of those matches, with 8 for Varbergs and 8 netted by Blåsvart. That’s an average goals per game of 2.67.

The last league fixture featuring the two was Allsvenskan match day 23 on 16/10/2021 which finished with the scoreline of IK Sirius 2-1 Varbergs BoIS.

For their opponents, Varbergs BoIS got 16 shots on goal with 4 of them on target. Victor Karlsson (72') scored.

The referee was Bojan Pandžić.

The Varbergs BoIS manager Joakim Persson will be grateful to have no fitness concerns whatsoever coming into this game thanks to a fully healthy squad available to select from.

Thanks to a completely injury-free squad available for selection, the IK Sirius manager Daniel Bäckström does not have any fitness worries whatsoever ahead of this clash.

Looking at these two teams, we feel that IK Sirius will likely be able to get a goal against this Varbergs BoIS team, however it may not be as many as they’ll concede.

We’re expecting both teams to score in a 2-1 win for Varbergs BoIS by the time that the referee blows the final whistle. It should be a decent one. 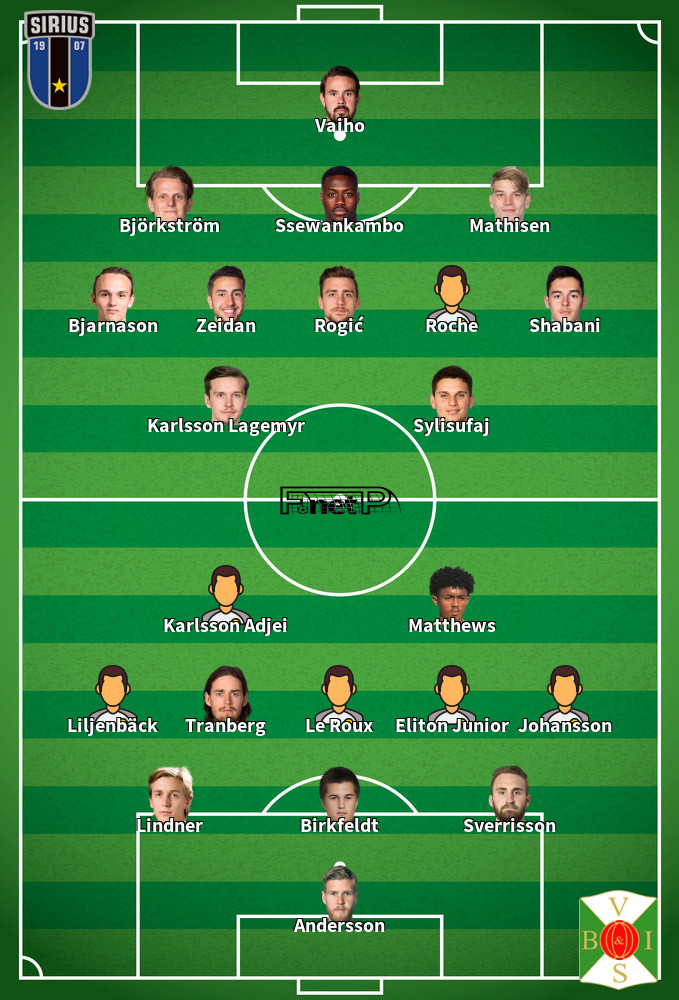 While we have made these predictions for Varbergs BoIS v IK Sirius for this match preview with the best of intentions, no profits are guaranteed. Always gamble responsibly, and with what you can afford to lose.