Return to this page a few days before the scheduled game when this expired prediction will be updated with our full preview and tips for the next match between these teams.
Full-Time Result Prediction for Inter Milan vs AC Milan
Inter Milan to Win
The Serie A meeting at Stadio Giuseppe Meazza on Sunday sees hosts Inter Milan facing opposition in the form of AC Milan.

We feel that AC Milan may well find it hard to find the net against this Inter Milan team who we think will score one, at least. We’re therefore seeing a narrow 1-0 win for Inter Milan at the end of this one. Hoping for a good game. View all of the Inter Milan v AC Milan predictions, poll and stats below (including the best match odds). 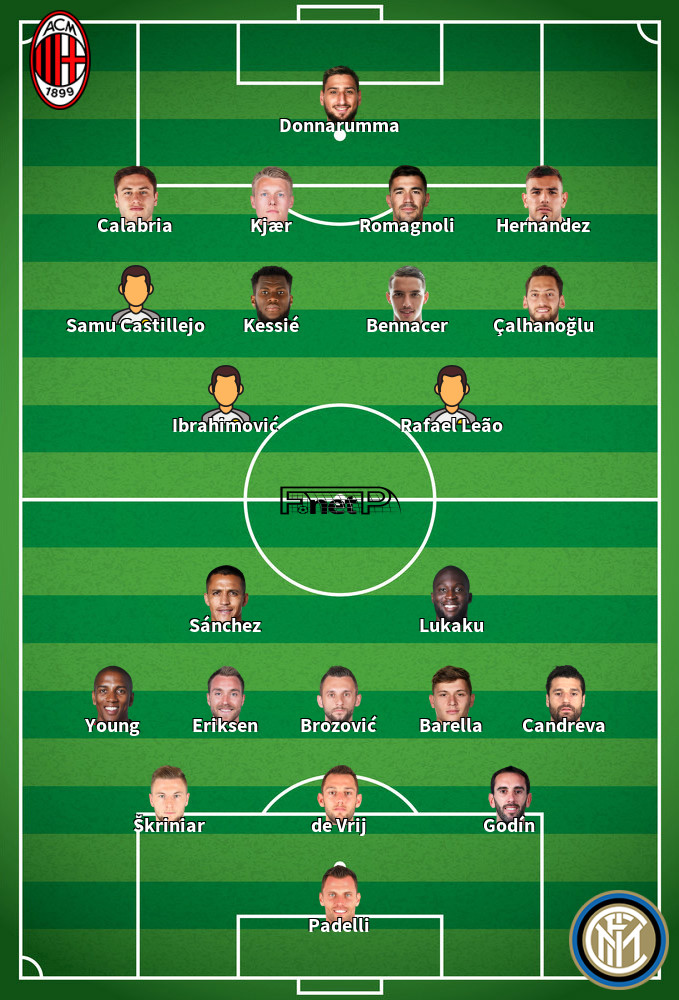 Over/Under 2.5 Goals Prediction for Inter Milan vs AC Milan
Under 2.5

Their past results show that Inter Milan:

Customarily played in the Striker position, Romelu Lukaku was born in Antwerp, Belgium. After having played his first senior match for RSC Anderlecht in the 2009 - 2010 season, the accomplished Forward has struck 16 league goals in this Serie A 2019 - 2020 campaign so far coming from a total of 22 appearances.

We have made these Inter Milan v AC Milan predictions for this match preview with the best intentions, but no profits are guaranteed. Please always gamble responsibly, only with money that you can afford to lose.