View all of the Vitória Guimarães v Marítimo predictions, poll and stats below - as well as the best betting odds.

Vitória Guimarães will be looking for an improved result here following the 2-0 Primeira Liga loss in their previous game against Benfica.

In that match, Vitória Guimarães managed 42% possession and 12 shots at goal with 3 of them on target. At the other end, Benfica got 12 attempts at goal with 5 on target. Chiquinho (37') and Haris Seferović (87') scored for Benfica.

Ivo Vieira's Vitória Guimarães have scored 7 times in their last 6 outings. The comparative number of goals that have been scored against them in those games amounts to 8.

Ahead of this clash, Vitória Guimarães have not lost a league tie with Marítimo in their last 3 matches.

In their previous game, Marítimo drew 0-0 in the Primeira Liga tie with Rio Ave.

A run of dependable showings by the Marítimo defensive players has seen their ‘goals against’ tally amounting to 4 from their past 6 clashes in total. Over that same time, their own forwards have managed to score 8.

Their previous form shows that Marítimo:

A review of their past head to head clashes stretching back to 28/01/2017 shows us that Vitória Guimarães have won 3 of these and Marítimo 1, with the tally of drawn matches standing at 2.

An aggregate of 13 goals were shared by the two clubs throughout the course of those matches, with 8 from Os Vimaranenses and 5 netted by Os Verde-Rubros. That is an average goals per game value of 2.17.

The last league game featuring these clubs was Primeira Liga match day 16 on 12/01/2020 and the score finished Marítimo 0-0 Vitória Guimarães.

In that match, Marítimo managed 49% possession and 6 attempts on goal with 1 of them on target.

For their opponents, Vitória Guimarães had 23 attempts at goal with 8 on target.

The match was refereed by Luis Godinho.

From a largely full-strength squad, there’s only the one fitness problem for the Marítimo boss José Gomes to contend with. Rúben (Achilles tendon rupture) misses out for this game.

We feel that in this game, Vitória Guimarães should dominate possession and create several successful chances.

In contrast, Marítimo may well struggle to score but we do think it’s quite likely that they will be managing to get on the scoresheet, too.

Both Teams to Score Prediction for Vitória Guimarães vs Marítimo
Yes 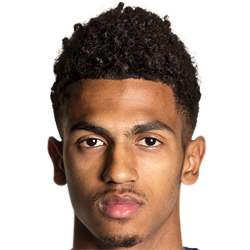 Usually used in the Right Wing position, Marcus Edwards was born in Camden, England. After making a first senior appearance for Norwich City in the 2017 - 2018 season, the skilful Forward has hit 6 league goals in the Primeira Liga 2019 - 2020 campaign to date coming from a total of 24 appearances.

We have made these Vitória Guimarães v Marítimo predictions for this match preview with the best intentions, but no profits are guaranteed. Please always gamble responsibly, only with money that you can afford to lose. Good luck if you do place a bet today.