Swindon Town will host visiting team Stevenage at The Energy Check County Ground in this League Two tie on Tuesday.

To see all of our predictions, user poll & stats for Swindon Town v Stevenage, scroll down including the latest game odds.

Swindon Town, who won their previous game, will hope for a similar result following the 5-0 League Two triumph against Grimsby Town.

Their latest results highlight the fact that quality has been evident in the Swindon Town backline. Swindon Town have given the opposition little, resulting in the total number of goals that have flown into the back of their net over the course of their previous six games standing at 4. Such a pattern isn’t assured to be carried forward into this game, though.

Stevenage will come into the game after a 3-0 League Two win with the downing of Leyton Orient in their previous fixture.

A run of outstanding showings from the Stevenage defenders has seen their ‘goals against’ tally standing at 3 from their previous 6 clashes combined. Over that same period, their forwards have scored 10.

If we look at their past head to head duels dating back to 27/11/2018, there has been little to separate the clubs with Swindon Town winning 2 of those games, Stevenage 2 and 2 being draws in normal time.

An aggregate of 12 goals were scored between them throughout the course of those matches, with 5 for The Robins and 7 for Boro. The average goals per game has been 2.

The previous league contest between these sides was League Two match day 14 on 08/10/2022 when it finished Stevenage 2-0 Swindon Town.

The Swindon Town boss Gavin Gunning doesn’t have any fitness worries to speak of ahead of this clash thanks to a completely injury-free squad available to select from.

With a completely healthy squad ready to go, the Stevenage manager Steve Evans has no fitness worries to report before this clash.

In our view, Stevenage and Swindon Town might both not be able to do quite enough to get on the scoresheet here.

We’ll have to see, but a draw might be on the cards. That’s why we have predicted a very even match with a 0-0 draw at the end of the match. 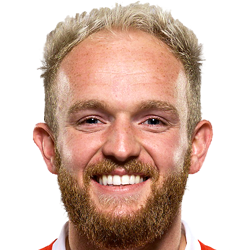 Normally taking to the field in the Centre Midfield position, Jonny Williams was born in Pembury, England. Having made his senior debut playing for Crystal Palace in the 2011 - 2012 season, the skilful Midfielder has contributed 7 league goals in this League Two 2022 - 2023 season so far in 22 appearances.

While we have made these predictions for Swindon Town v Stevenage for this match preview with the best of intentions, no profits are guaranteed. Always gamble responsibly, and with what you can afford to lose. Good luck!