Return to this page a few days before the scheduled game when this expired prediction will be updated with our full preview and tips for the next match between these teams.
Full-Time Result Prediction
👉
Yokohama FC to Win

Yokohama FC will be at transcosmos Stadium Nagasaki on Saturday for the J2 League fixture with hosts V-Varen Nagasaki.

All V-Varen Nagasaki v Yokohama FC game predictions, stats and user poll are shown below including the latest game odds.

V-Varen Nagasaki head into this game coming off the back of a 1-1 J2 League draw versus Tochigi S.C.

The only scorer from V-Varen Nagasaki was Asahi Uenaka (64'). Keita Ueda (37') scored for Tochigi S.C.

Over their preceding six games, Fábio Carille's V-Varen Nagasaki have hit the back of the net a total of 7 times - an average number of goals scored per match of 1.17.

Yokohama FC will come into the clash following a 1-0 J2 League win as they beat Ventforet Kofu in their last outing.

The only name on the scoresheet from Yokohama FC was Koki Ogawa (85').

The trend of at least one team not scoring a goal in games involving Yokohama FC has been fairly consistent recently. Looking at their last 6 meetings reveals that it has occurred 5 times. During these clashes, opposing sides have hit a goal tally of 5 while Yokohama FC have scored 6. That being said, it remains to be seen if the trend might be sustained in this next game.

Inspecting their most recent head to head meetings stretching back to 08/10/2016 shows that V-Varen Nagasaki have won 1 of these & Yokohama FC 3, with the number of drawn games standing at 2.

A combined total of 13 goals were scored between the two sides throughout the course of those matches, with 5 of them for VVN and 8 coming from Yokohama. This gives an average number of goals per game equal to 2.17.

The previous league meeting between these sides was J2 League match day 2 on 27/02/2022 which ended up with the score at Yokohama FC 1-0 V-Varen Nagasaki.

Out of a mainly healthy group of players, there is only the lone fitness worry for the Yokohama FC gaffer Shuhei Yomoda to be concerned about. Sho Ito (Hamstring Injury) won’t be playing here. Rhayner will not be able to play in this game through being suspended.

Looking at these two teams, we feel that V-Varen Nagasaki could find themselves up against it to be putting a goal past this Yokohama FC lineup who we think will likely manage to get a goal of their own in a winning performance.

That’s why our selection here is for a good battle with a 0-1 advantage for Yokohama FC at full-time. 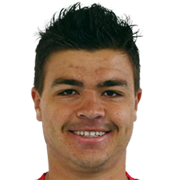 Normally taking up the Right Wing position, Cristiano was born in Campo Mourão, Brazil. After making a first senior appearance for Red Bull Salzburg in the 2011 - 2012 season, the talented Forward has bagged 6 league goals in this J2 League 2022 campaign so far coming from a total of 32 appearances.

While we have made these predictions for V-Varen Nagasaki v Yokohama FC for this match preview with the best of intentions, no profits are guaranteed. Always gamble responsibly, and with what you can afford to lose. Best of luck.