All of our predictions, stats and the user poll for Aldershot Town v Yeovil Town are shown below - along with the latest match odds.

Aldershot Town will be hoping for a repeat of their last result, following a 0-2 National League triumph against Dagenham & Redbridge.

The only scorer from Aldershot Town was Mohamed Bettamer (43').

Danny Searle's Aldershot Town have managed to score 7 times in their prior 6 outings. At the other end, the number of goals that they have conceded in that time amounts to 7.

Coming into this meeting, Aldershot Town haven’t won at home in the past 3 league games.

Yeovil Town will come into the game after a 3-1 National League win in the defeat of Barnet in their most recent game.

Looking at their form, and Yeovil Town have been scored against in 6 of their last 6 matches, seeing their opponents hit 10 goals in all. Defensively, The Glovers seem to have a bit of a soft underbelly. Let’s find out if that trend will end up being continued on into this next match.

The previous league game between these clubs was National League match day 17 on 28/12/2020 when it ended Yeovil Town 3-0 Aldershot Town.

Aldershot Town boss Danny Searle has a full complement, with no fitness concerns at all before this clash thanks to a completely injury-free squad available to choose from.

Due to a fully injury-free group to choose from, Yeovil Town boss Darren Sarll doesn’t have any fitness concerns to report before this match.

We’ve got the feeling that Yeovil Town and Aldershot Town may both find scoring difficult here.

Let’s see how it plays out, but a draw with few scoring chances is looking likely to us. We therefore think that it’s going to be a very even match with a 0-0 scoreline when the full-time whistle blows. 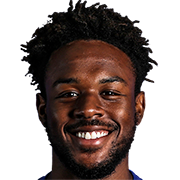 Mostly taking up the Centre Midfield position, Jermaine Anderson was born in Camden Town, England. Having made his senior debut playing for Peterborough United in the 2012 - 2013 season, the gifted Midfielder has hit 4 league goals in the National League 2020 - 2021 campaign to date in a total of 20 appearances.

We have made these Aldershot Town v Yeovil Town predictions for this match preview with the best intentions, but no profits are guaranteed. Please always gamble responsibly, only with money that you can afford to lose. We wish you the best of luck.