Ascoli arrive at Arena Garibaldi-Romeo Anconetani on Monday for the Serie B tie with hosts Pisa.

Our predictions, user poll and statistics for Pisa v Ascoli can be found here including the latest game odds.

Pisa will be hoping to bounce back here after a 2-1 Serie B loss in their previous game against Cosenza.

It’s been a rare occasion in recent games that Pisa have kept a clean sheet. In fact, Nerazzurri have failed to prevent opponents from scoring in 5 of their previous 6 clashes, leaking 7 goals on the way.

Coming into this meeting, Pisa are unbeaten in their last 5 league matches at home.

In their previous game, Ascoli drew 2-2 in the Serie B match with Pordenone.

In their previous six outings, Ascoli have amassed the sum of 10 goals. Bianconeri have also not failed to score in every single one of those games. During that period, their defenders have had 6 goals go against them. We will have to find out whether or not that trend will end up being continued on in this game.

Heading into this fixture, Ascoli are unbeaten in their previous 2 away league matches.

A review of their most recent head-to-head meetings dating back to 09/03/2014 shows that Pisa have won 2 of them and Ascoli 3, with the tally of draws standing at 1.

A sum of 16 goals were shared by the two clubs in these games, with 8 for Nerazzurri and 8 coming from Bianconeri. This gives an average number of goals per game equal to 2.67.

The last league encounter between these clubs was Serie B match day 18 on 26/12/2019 which finished with the scoreline of Ascoli 1-0 Pisa.

In that game, Ascoli had 58% possession and 17 shots on goal with 5 on target. Their only player on the scoresheet was Michele Cavion (68').

Pisa got 7 shots at goal with 1 of them on target.

Looking at personnel, there is just one fitness concern for the Pisa gaffer Luca D'Angelo to be concerned about from a near full-strength set of players. Matteo Kucich (Cruciate Ligament Surgery) is sidelined.

We are of the inclination to think that Ascoli and Pisa could both well score here although it’s hard to see a clear-cut winner.

A draw looks like a realistic possibility, but we’ll see what happens. That’s why our selection here is for a very close game with a 1-1 score draw at full-time. 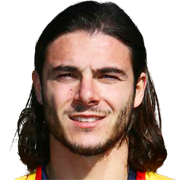 Usually taking to the field in the Striker position, Michele Marconi was born in Follonica, Italy. Having played his first senior match for Atalanta in the 2007 - 2008 season, the talented Forward has scored a sum of 14 league goals in this Serie B 2019 - 2020 season so far coming from a total of 28 appearances.

We have made these Pisa v Ascoli predictions for this match preview with the best intentions, but no profits are guaranteed. Please always gamble responsibly, only with money that you can afford to lose. Good luck with your selections.