Barrow are going up against visiting opponents Hartlepool United at SO Legal Stadium in the League Two clash on Saturday.

Barrow will be looking for an improved result here after a 1-0 League Two defeat in their last game at the hands of Crawley Town.

Ashley Nadesan (6') was the scorer for Crawley Town.

Their most recent results really do illustrate the point that not much more can be done by the Barrow rearguard. Barrow have been mean at the back, seeing the number of goals that have gone in at their end over the course of their past six outings standing at 3.

Coming into this clash, Barrow are undefeated in their previous 3 home league matches.

Following on from suffering a loss in their previous game against Stevenage in League Two competition, Hartlepool United will be aiming to make amends here.

The numbers tell their own story, and Hartlepool United have been scored against in 6 of their last 6 matches, conceding 14 goals in all. At the back, Hartlepool United certainly have room for improvement. That trend might not be continued into this game, of course.

Going into this one, Hartlepool United haven’t won away from home in the past 13 league games. What a horror away run it has been.

Checking out their prior head to head duels stretching back to 04/09/2018, there is nothing to separate the two clubs with Barrow winning 2 of those games, Hartlepool United 2 and 2 being draws in regulation time.

15 goals were produced between them in this period, with 7 from The Bluebirds and 8 created by The Pool. That’s an average goals per game of 2.5.

The last league match between these sides was League Two match day 31 on 08/02/2022 which finished with the scoreline of Hartlepool United 3-1 Barrow.

The Barrow boss Pete Wild doesn’t have any fitness concerns at all before this match owing to a completely healthy group available to select from.

Owing to a fully injury-free group ready to go, the Hartlepool United boss Keith Curle has no fitness worries to speak of coming into this match.

We’re of the view that Barrow will probably dominate on the ball and be rewarded with decent chances.

At the same time, Hartlepool United may well struggle getting on the scoresheet but we do think that it’s more than likely that they will be converting at least once.

We therefore think that it’s going to be a decent 3-1 margin for Barrow when all’s said and done. 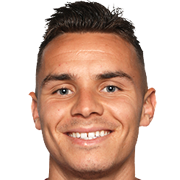 Regularly used in the Striker position, Billy Waters was born in Epsom, England. After making a first senior appearance for Crewe Alexandra in the 2013 - 2014 season, the gifted Forward has struck 6 league goals in the League Two 2022 - 2023 campaign so far coming from a total of 15 appearances.

We have made these Barrow v Hartlepool United predictions for this match preview with the best intentions, but no profits are guaranteed. Please always gamble responsibly, only with money that you can afford to lose. Good luck with your selections.