How Many Trebles Have FC Barcelona Won? 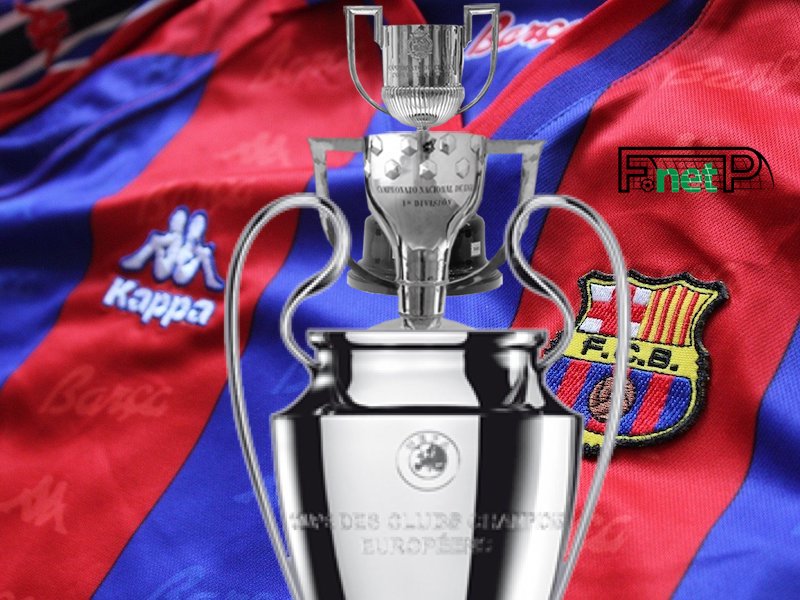 Barcelona are one of the world’s most famous and successful clubs. The Catalan club and their El Clasico rivals Real Madrid have dominated Spanish football since the inception of La Liga in the early 20th century.

FC Barcelona have indeed won the treble on more than on occasion. The club was the first to win a continental treble twice (UEFA Champions League, La Liga, Copa del Rey) with success in the 2008-09 and 2014-15 seasons.

Bayern Munich have now repeated the feat, having followed up their 2012-13 treble triumph with their multi-trophy haul in the 2019-20 season.

After a disappointing season in charge which saw Barca finish third in La Liga, Frank Rijkaard was dismissed as head coach and replaced by former Blaugrana captain and Barcelona B manager Pep Guardiola.

Barcelona President Joan Laporta announced in May 2008 that Pep Guardiola would be appointed manager of the senior Barcelona squad to replace Frank Rijkaard at the end of the 2007–08 season, a campaign that produced no silverware. pic.twitter.com/0Fuqbv8PPb

Barca were scintillating in La Liga competition, losing just five times as they stormed to an eight-point lead over El Clasico rivals Real Madrid. The Blaugrana scored the most league goals with 105.

They also conceded the least with 35, as Guardiola ushered in a new brand of attacking football which would see him become one of the world’s most successful managers.

The Copa del Rey was even smoother sailing for Barca, as they failed to lose throughout any of their four two-legged ties to set up a final against Athletic Bilbao in Valencia. Pep’s men beat Benidorm, Atletico Madrid, Espanyol and Mallorca before dispatching Bilbao 4-1 in the final.

Barca also swept to European glory in the Champions League. This was despite having to qualify for the competition through the third qualifying round (beating Wisla Krakow 4-1 over two legs).

The group stage proved a slightly more stern task, with the Blaugrana seeing off Sporting CP, Shakhtar Donetsk and Basel to win the group.

Fronted by Lionel Messi and Samuel Eto’o, Barca beat Olympique Lyonnais and Bayern Munich comfortably over two legs to set up a semi-final with Chelsea. The tie would be one of the most controversial in recent history.

Barça benefitted from a number of questionable refereeing decisions to emerge from the tie as victors.

The final in Rome saw Barca outclass Manchester United from start to finish, with hitmen Messi and Eto’o striking either side of half time to break red Mancunian hearts.

Managed by Luis Enrique, who again was undertaking his first season as Barca boss after a long career with the club as a player, the Catalan club was again looking to improve on a disastrous previous season.

In the summer window, Barça added mercurial Uruguayan striker Luis Suarez in an 81 million euro deal from Liverpool, as well as completing the signing of goalkeeper Marc-Andre Ter Stegen from Gladbach.

Barça again prevailed in a more tightly-contested title race, winning the league by just two points as Real Madrid kept pace with their El Clasico rivals every step of the way.

Barcelona beat Juventus 3-1 in Berlin to win their fifth Champions League title and become the first European side to win the treble twice. 🏆🏆🏆

In the Copa del Rey, Barça swept their way to the trophy by winning every game in style. Barça dispatched Huesca, Elche, Atletico Madrid and Villarreal to set up a final with Athletic Bilbao, in which they ran out 3-1 winners.

Barça also triumphed in the UEFA Champions League, warming up in a group which contained Paris Saint-Germain, APOEL Nicosia and Ajax and emerging as champions.

The Blaugrana then won against Manchester City, Paris Saint-Germain and Bayern Munich to set up a final against Italian side Juventus.

In the final at Berlin’s Olympiastadion, Barça prevailed despite being pegged back just after the break. They ended up winning 3-1 to seal a second continental treble for the Catalan club.

Tags: Barcelona, La Liga
Is Real Madrid Better Than Barcelona?
Where Do FC Barcelona Players Live?
Can You Watch FC Barcelona Train?
What Are The Four Elements On The Crest Of FC Barcelona?
Has Neymar Retired?
How Did Neymar Become a Footballer?
Get tips via Telegram