All Bolton Wanderers v Harrogate Town match predictions, user poll and stats are shown below including the latest game odds.

Bolton Wanderers will be hoping to bounce back here following the 1-0 League Two loss in their previous game against Newport County.

Nicky Maynard (63') was the scorer for Newport County.

Their most recent results reveal that much solidity has been shown by the Bolton Wanderers defence. The Trotters have been mean at the back, with the tally of goals that have gone past their goalkeeper over the course of their past 6 outings standing at 3. We shall soon see if that trend will be continued on here.

Heading into this contest, Bolton Wanderers haven't been defeated in their previous 9 league matches at home. It's been impressive.

Following on from a loss in their previous game against Port Vale in League Two action, Harrogate Town and their fans will hope to get a better result this time.

The forward players for Harrogate Town have suffered from a lack of goals in their past six clashes, contributing the poor return of just 4. In those matches, The Town have also seen the overall goal aggregate of their opponents equal 6.

Coming into this contest, Harrogate Town have not won away from home in their last 3 league games.

The last league meeting between these clubs was League Two match day 4 on 03/10/2020 and the score finished Harrogate Town 1-2 Bolton Wanderers.

It doesn’t get much better regarding selection, with just one fitness concern for the Bolton Wanderers boss Ian Evatt to be concerned about due to a largely intact group of players. Dennis Politic (Knee Injury) is out of contention.

Due to a completely healthy group available for selection, Harrogate Town manager Simon Weaver doesn’t have any fitness worries whatsoever before this game.

We feel that in this game, Harrogate Town should get enough chances to put a goal past this Bolton Wanderers outfit, however it possibly won’t quite be enough to avoid a loss.

We’re predicting both teams to score in a 2-1 winning score for Bolton Wanderers after 90 minutes. Should be an interesting one. 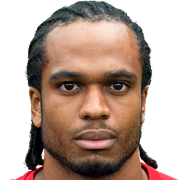 Regularly taking to the field in the Striker position, Nathan Delfouneso was born in Tyseley, England. Having made a first senior appearance for Aston Villa in the 2008 - 2009 season, the gifted Forward has got 6 league goals in the League Two 2020 - 2021 campaign to date from a total of 36 appearances.

We have made these Bolton Wanderers v Harrogate Town predictions for this match preview with the best intentions, but no profits are guaranteed. Please always gamble responsibly, only with money that you can afford to lose. Good luck with your selections.