Peterborough United are going up against visiting club Bournemouth at Weston Homes Stadium in this Championship game on Wednesday.

Full predictions, pre-match stats and user poll for Peterborough United v Bournemouth are shown on this page - along with the latest match odds.

Peterborough United won’t want a repeat of their last result here after a 3-0 Championship loss in their previous game against Coventry City.

Coming into this meeting, Peterborough United are winless against Bournemouth in their previous 2 league matches.

Bournemouth will come into the match following a 2-1 Championship win versus Luton Town in their last game.

Throughout their 6 most recent matches, Scott Parker's Bournemouth have converted 8 times therefore giving them the goals per game average of 1.33.

Their prior results show that Bournemouth:

Looking over their most recent head-to-head meetings dating back to 15/11/2003 tells us that Peterborough United have won 2 of them and Bournemouth 3, with the tally of drawn games standing at 1.

An aggregate of 18 goals were yielded between them in this period, with 7 from The Posh and 11 coming from The Cherries. That is an average goals per game value of 3.

The last league match between these sides was League One match day 40 on 01/04/2011 which ended up with the score at Peterborough United 3-3 Bournemouth.

The referee was Jonathan Moss.

There aren’t many personnel worries, with just a single fitness concern for the Peterborough United manager Darren Ferguson to be concerned about due to a largely intact set of players. Ricky-Jade Jones (Knee Injury) is sidelined.

Thanks to a mainly available group, there is just the one fitness problem for the Bournemouth gaffer Scott Parker to contend with. Lewis Cook (Cruciate Ligament Rupture) misses out for this game.

Here, we’re thinking that Peterborough United may not find it easy to see themselves scoring against this Bournemouth outfit who will likely score at least once to put them ahead.

We’re therefore anticipating a good battle with a 0-1 winning margin for Bournemouth when the full-time whistle blows. 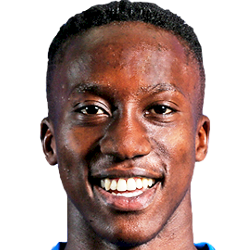 Mostly taking to the field in the Left Wing position, Siriki Dembélé was born in London, England. Having played his first senior match for Grimsby Town in the 2017 - 2018 season, the talented Forward has managed 2 league goals in this Championship 2021 - 2022 season to date in 8 appearances.

We have made these Peterborough United v Bournemouth predictions for this match preview with the best intentions, but no profits are guaranteed. Please always gamble responsibly, only with money that you can afford to lose. Best of luck.