The Serie A clash at Estádio do Maracanã on Sunday will see home team Flamengo prepare for the visit of opponents, Ceará.

View all Flamengo v Ceará tips, stats and our pre-match poll below - as well as up-to-date odds.

Flamengo will be hoping to bounce back here following a 1-2 Serie A defeat in their last game at the hands of Fluminense.

In that match, Flamengo managed 72% possession and 19 shots on goal with 8 on target. The scorer for Flamengo was Giorgian De Arrascaeta (40'). At the other end, Fluminense got 11 shots at goal with 5 of them on target. Luccas Claro (57') and Yago Felipe (90') scored for Fluminense.

Rogério Ceni's Flamengo have celebrated scoring a sum total of 11 times over their last 6 outings. The comparative tally of goals that have been scored against them in those games is 7.

Since being beaten in their last game against Internacional in Serie A competition, Ceará and their fans will hope to get a better result this time.

In the course of their six previous matches, Guto Ferreira's Ceará have seen their goal attempts be successful a total of 10 times thus earning them a goals per game average of 1.67.

Coming into this clash, Ceará haven't been defeated in their previous 4 away league matches.

An examination of their prior head-to-head meetings going back to 15/10/2011 shows that Flamengo have won 4 of these games & Ceará 2, with the tally of drawn matches being 0.

In all, 15 goals were produced between them in these games, with 11 for Fla and 4 created by Vovô. That’s an average goals per game of 2.5.

The last league meeting between these clubs was Serie A match day 10 on 13/09/2020 when the final score was Ceará 2-0 Flamengo.

Thanks to a completely injury-free squad ready to go, Ceará boss Guto Ferreira does not have any fitness worries at all ahead of this match.

We envisage that Ceará have the ability to put a goal past this Flamengo team, however it probably won’t quite be as many as they’ll concede.

We think that it’s going to be a narrow 2-1 advantage for Flamengo when the full-time whistle blows. Let’s see what eventuates. 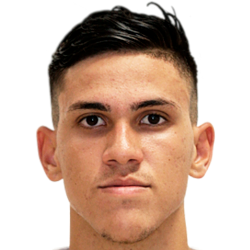 Mostly used in the Striker position, Pedro was born in Rio de Janeiro, Brazil. Having made a first senior appearance for Fluminense in the 2016 season, the skilful Forward has netted 11 league goals in this Série A 2020 campaign so far from a total of 22 appearances.

While we have made these predictions for Flamengo v Ceará for this match preview with the best of intentions, no profits are guaranteed. Always gamble responsibly, and with what you can afford to lose. Good luck with your selections.