Wisla Plock make the trip to Stadion Cracovii on Friday for the Ekstraklasa tie with hosts Cracovia.

For all of our match predictions, pre-game poll and statistics for Cracovia v Wisla Plock, scroll down - as well as up-to-date odds.

Cracovia head into this match after a 1-1 Ekstraklasa drawn game vs Raków Częstochowa.

Their latest results highlight the fact that things are going according to plan in the Cracovia defence. Cracovia have kept it tight, seeing the total number of goals that have flown into the back of their net over the course of their past 6 games standing at 3. However, we will just have to wait and see if the trend might continue on in this upcoming match.

Heading into this contest, Cracovia are unbeaten in their last 2 league matches at home.

After a losing effort in their last game against Warta Poznań in Ekstraklasa action, Wisla Plock and their travelling supporters will be hoping that they can get a better result in this one.

Ahead of this meeting, Wisla Plock are winless against Cracovia when having played them away from home in the previous 3 league games.

Looking at the statistics for their head to head meetings going back to 02/03/2019, both clubs have shared the honours with Cracovia winning 2 of those games, Wisla Plock 2 and 2 being draws in regulation time.

12 goals were scored between the two sides in this period, with 6 of them for Pasy and 6 for Wisła Płock. The average goals per game has been 2.

The previous league contest featuring these clubs was Ekstraklasa match day 16 on 28/11/2021 when it finished Wisla Plock 2-1 Cracovia.

On that occasion, Wisla Plock managed 51% possession and 17 attempts at goal with 5 of them on target. The scorers were Mateusz Szwoch (14') and Kristián Vallo (32').

At the other end, Cracovia got 12 attempts on goal with 7 on target. Filip Piszczek (47') was the scorer.

The Cracovia boss Jacek Zieliński will be grateful not to have any fitness concerns whatsoever coming into this game owing to a completely healthy group available to choose from.

Due to a fully injury-free squad available for selection, the Wisla Plock manager Pavol Staňo has no fitness worries at all before this match.

For this match, we think that Wisla Plock will surely be able to break down this Cracovia side, however it may not be as many as they will have scored against them.

We reckon that it will be both teams to score in a 2-1 victory for Cracovia at the end of the match. Looking forward to this. 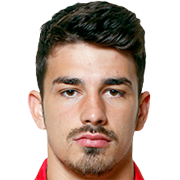 Typically deployed in the Right Attacking Midfielder position, Sergiu Hanca was born in Târgu Mureș, Romania. Having made a first senior appearance for Cracovia in the 2018 - 2019 season, the dangerous Midfielder has managed to score 4 league goals in the Ekstraklasa 2021 - 2022 season so far from a total of 30 appearances.

We have made these Cracovia v Wisla Plock predictions for this match preview with the best intentions, but no profits are guaranteed. Please always gamble responsibly, only with money that you can afford to lose. Best of luck.