Return to this page a few days before the scheduled game when this expired prediction will be updated with our full preview and tips for the next match between these teams.
Full-Time Result Prediction
👉
Elversberg to Win

Elversberg take on visiting team Ingolstadt at Ursapharm-Arena an der Kaiserlinde in this 3rd Liga match on Saturday.

View all Elversberg v Ingolstadt tips, stats and our pre-match poll below - as well as the best betting odds.

Elversberg, following on from their previous result, will be hoping for more of the same after the 3-0 3rd Liga success against Ingolstadt.

Their more recent scorelines reveal that it has been a great time for the Elversberg rearguard. Elversberg have given the opposition little, with the number of goals that have gone in at their end during their previous 6 games standing at 4. Such a pattern won’t necessarily be sustained into this next game, though.

Coming into this meeting, Elversberg haven't been defeated in their previous 4 league matches at home.

Over the course of their previous six outings, Ingolstadt have helped themselves to a total of 8 goals. Ingolstadt have also managed to score in every single one of those games. In that time, they have had 7 goals go against them.

The previous league match featuring these sides was 3rd Liga match day 19 on 21/01/2023 which ended up with the score at Elversberg 1-0 Ingolstadt.

Ingolstadt boss Rüdiger Rehm has not got a full squad to pick from. Tobias Schröck (Fitness) and Patrick Schmidt (Knee Surgery) are those who can’t be considered.

We’re thinking that Ingolstadt may not find it easy to hit the back of the net against this Elversberg outfit who will likely get a goal themselves and run out victorious.

We’re therefore anticipating a hard-fought contest, finishing with a 1-0 victory for Elversberg at the conclusion of the game. 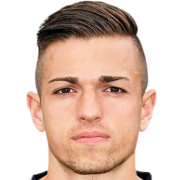 Mostly playing in the Left Wing position, Luca Schnellbacher was born in Höchst im Odenwald, Germany. Having made a first senior appearance for Wehen Wiesbaden in the 2013 - 2014 season, the skilful Forward has struck 9 league goals in this 3. Liga 2022 - 2023 campaign to date in a total of 14 appearances.

We have made these Elversberg v Ingolstadt predictions for this match preview with the best intentions, but no profits are guaranteed. Please always gamble responsibly, only with money that you can afford to lose. Best of luck with your selections.