The Tochigi S.C. v FC Ryukyu live stream video is ready for 25/09/2022. Soccer fans can watch the clash on a live streaming service should the game be included in the schedule referenced above. Here we give useful information for watching this J2 League game that includes the most recent guide to form, head to head clashes and our game tips.

In order to view this match using alternative methods, look up TV channel listings in your locality. These broadcasting rights are often allocated on a per-competition/league or even individual game level. For games shown live on regional television programmes, check the schedules on channels including BT Sport, Amazon Prime Video, Sky Sports, Now TV, iTV, Canal+, Fox Soccer, ESPN that are relevant for your current location.

Where the abovementioned broadcaster indicates that they have the Tochigi S.C. v FC Ryukyu football live streaming service, you can view the game on a mobile (iPhone, Android including Xiaomi) and computer plus tablet (eg iPad, Huawei MatePad).

Post-game, we may also provide a link to game highlights from time to time. We are not responsible for transmitting any match video content linked to from this site. All legal issues must be dealt with via the hosters/owners of the content.

To see all of our predictions, user poll & stats for Tochigi S.C. v FC Ryukyu, scroll down - as well as up-to-date odds.

Tochigi S.C. prepare for this match following on from a 1-1 J2 League drawn game versus V-Varen Nagasaki.

The only name on the scoresheet from Tochigi S.C. was Keita Ueda (37'). Asahi Uenaka (64') was the scorer for V-Varen Nagasaki.

Yu Tokisaki's Tochigi S.C. have seen rewards for their attempts on goal a sum total of 6 times in their prior six outings. Conversely, the tally of goals that have been scored against them in those fixtures is 6.

Since a losing effort in their last game against Renofa Yamaguchi in J2 League competition, FC Ryukyu will be hoping to turn things around here.

A tendency of at least one team not managing to score in games featuring FC Ryukyu has become apparent in recent matches. A glance at their last six outings shows that this has occurred 5 times. During these clashes, their opponents have hit a goal aggregate of 7 while FC Ryukyu have scored 2. Let’s see if that trend will end up being continued on in this game.

Heading into this fixture, FC Ryukyu are without a win away from home in their last 3 league games.

A look at their prior head-to-head clashes stretching back to 20/10/2019 tells us that Tochigi S.C. have won 1 of these and FC Ryukyu 4, with the number of drawn games standing at 1.

A total of 21 goals were scored between them during those clashes, with 9 of them from Tochigi and 12 belonging to Ryukyu. This gives an average number of goals per game equal to 3.5.

The referee was Yosuke Kubota.

The Tochigi S.C. boss Yu Tokisaki has no fitness worries at all ahead of this match owing to a completely injury-free squad available for selection.

FC Ryukyu boss Nacho Fernández has a number of players out of action. Álex Barrera (Groin Strain) and Takuma Abe (Achilles tendon rupture) are not able to play.

When taking everything into account, FC Ryukyu could find themselves up against it to breach the defence of this Tochigi S.C. team who we reckon should manage to score & go ahead.

Our tip is therefore for a hard-fought contest, finishing with a 1-0 win for Tochigi S.C. at the end of this game. 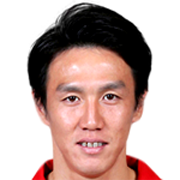 Mostly taking up the Striker position, Kisho Yano was born in Shizuoka, Japan. After having made a senior debut playing for Kashiwa Reysol in the 2003 season, the skilful Forward has scored a sum of 7 league goals in this J2 League 2022 season to date coming from a total of 34 appearances.

While we have made these predictions for Tochigi S.C. v FC Ryukyu for this match preview with the best of intentions, no profits are guaranteed. Always gamble responsibly, and with what you can afford to lose. Good luck with your selections.

⚽️ Where can I see the tips for other J2 League matches?

Look at all of our next (and previous) J2 League predictions & previews here.