The Ekstraklasa match at Stadion Miejski w Gliwicach on Sunday sees home side Piast Gliwice prepare for the visit of opponents, Jagiellonia Białystok.

All Piast Gliwice v Jagiellonia Białystok game predictions, stats and user poll are shown below (including the best match odds).

Piast Gliwice will be hoping for a repeat of their last result, following a 1-3 Ekstraklasa victory vs Lechia Gdańsk.

Piast Gliwice have been conceding pretty frequently recently, but they’ve also found ways to score goals themselves. Analysis of their previous 6 games shows that Piast Gliwice have conceded in 6 of them as well as managing to get on the scoresheet in 5 of those matches.

Coming into this clash, Piast Gliwice are without a home win in the past 5 matches in the league. That's never good.

Following on from being defeated in their last game at the hands of Lech Poznań in Ekstraklasa action, Jagiellonia Białystok will be hoping to turn things around here.

Going into this contest, Jagiellonia Białystok are without an away win for the past 8 matches in the league. Very poor, indeed.

A glance at their prior head-to-head clashes stretching back to 12/07/2020 shows that Piast Gliwice have won 3 of these games & Jagiellonia Białystok 2, with the number of drawn matches being 1.

A combined sum of 15 goals were yielded between them in this period, with 8 for Gliwice and 7 belonging to Jagiellonia. That is an average goals per game value of 2.5.

The previous league fixture between these clubs was Ekstraklasa match day 1 on 16/07/2022 and the score finished Jagiellonia Białystok 2-0 Piast Gliwice.

That time, Jagiellonia Białystok had 47% possession and 9 shots at goal with 3 on target. Goals were scored by Jesús Imaz (29') and Mateusz Kowalski (94').

At the other end, Piast Gliwice got 12 shots at goal with 3 of them on target.

The match was refereed by Daniel Stefanski.

There aren’t many selection issues, with just one fitness concern for the Piast Gliwice gaffer Aleksandar Vuković to contend with thanks to an almost full-strength set of players. Tihomir Kostadinov (Cruciate Ligament Injury) will miss out.

Thanks to a completely healthy group available to choose from, the Jagiellonia Białystok boss Maciej Stolarczyk doesn’t have any fitness concerns to report before this match.

We’re of the view that Jagiellonia Białystok have enough to find the net against this Piast Gliwice lineup, however it probably shouldn’t be enough to avoid defeat.

We’re predicting a tight encounter finishing with a 2-1 winning score for Piast Gliwice after 90 minutes. 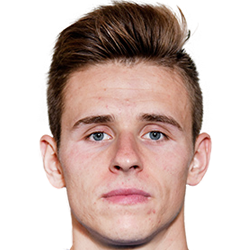 Typically playing in the Left Wing position, Damian Kądzior was born in Białystok, Poland. Having played his first senior match for Jagiellonia Białystok in the 2012 - 2013 season, the skilful Forward has scored a sum of 2 league goals in the Ekstraklasa 2022 - 2023 campaign so far from a total of 13 appearances.

While we have made these predictions for Piast Gliwice v Jagiellonia Białystok for this match preview with the best of intentions, no profits are guaranteed. Always gamble responsibly, and with what you can afford to lose. We wish you the best of luck.