Scroll down for all of our predictions, poll and stats for the Scunthorpe United v York City game (including the best match odds).

Scunthorpe United prepare for this fixture after a 2-2 National League drawn result vs Altrincham.

For Scunthorpe United, goals were scored by Jacob Butterfield (65') and Joe Nuttall (67'). Elliot Osborne (45') and Ryan Colclough (81') scored for Altrincham.

York City will come into the match following on from a 2-1 National League win as they beat Bromley in their most recent fixture.

In 5 of the previous 6 games involving York City, a relatively low number of goals have gone in between them and their opposition. The overall average number of goals per game within that period comes to a mere 1.67, with the number of goals averaged by The Minstermen equalling 1.

Their prior results show that York City:

A glance at their prior head-to-head clashes dating back to 24/08/2002 tells us that Scunthorpe United have won 3 of them & York City 1, with the tally of draws being 2.

In all, 20 goals were yielded between them in this period, with 11 of them for The Irons and 9 coming from The Minstermen. That is an average goals per game value of 3.33.

The previous league contest featuring the two was League Two match day 46 on 03/05/2014 which ended up with the score at Scunthorpe United 2-2 York City.

On that day, Scunthorpe United managed 44% possession and 9 attempts on goal with 7 of them on target. Goals were scored by Paddy Madden (19') and Terry Hawkridge (38').

The referee was Nigel Miller.

The Scunthorpe United manager Keith Hill has zero fitness worries whatsoever before this game with a completely injury-free squad to pick from.

With a fully healthy squad to choose from, the York City boss John Askey doesn’t have any fitness worries whatsoever ahead of this clash. Maxim Kouogun cannot play in this game through suspension.

When taking all factors into account, York City and Scunthorpe United may well find themselves both scoring in what promises to be a very even battle here.

A draw looks like a realistic possibility, but we’ll see what happens. We therefore think that it’s going to be a very close game with a 1-1 score when all is said and done. 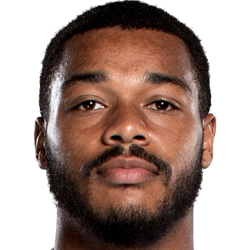 Generally used in the Striker position, Joe Nuttall was born in Bury, England. Having made a first senior appearance for Aberdeen in the 2015 - 2016 season, the gifted Forward has scored 4 league goals in the National League 2022 - 2023 season to date in a total of 7 appearances.

We have made these Scunthorpe United v York City predictions for this match preview with the best intentions, but no profits are guaranteed. Please always gamble responsibly, only with money that you can afford to lose. Good luck if you do place a bet today.