Altrincham line up against visiting rivals Eastleigh at J. Davidson Stadium in the National League match on Saturday.

Our tips, poll and stats for Altrincham v Eastleigh can all be found here - as well as the best betting odds.

Altrincham will be wanting a better result here following the 4-0 National League loss in their previous game against Solihull Moors.

The only scorer from Altrincham was Yoan Zouma (56' Own goal). Jordan Thompson (38') was the scorer for Solihull Moors.

Altrincham have really struggled up front in recent times. Their ‘goals for’ figure equals just 3 versus opponents over the course of their previous six matches. In those meetings, Robins have also seen the tally of goals against them total 15.

Going into this game, the form guide shows that Altrincham:

Following on from suffering a loss in their previous game against Torquay United in National League action, Eastleigh and their travelling supporters will be hoping that they can get a better result in this one.

Over the course of 5 of the past six games involving Eastleigh, a comparatively low number of goals have been struck between them and their opposition. The overall average goals scored per game in that period is just 1.67, with the number of goals averaged by The Spitfires being 0.83. It will be interesting to find out whether or not that trend will be sustained here.

Altrincham boss Phil Parkinson has zero fitness worries to speak of coming into this clash with a fully injury-free group available for selection.

Due to a fully injury-free squad to pick from, Eastleigh manager Ben Strevens doesn’t have any fitness worries to speak of ahead of this clash.

We’re of the opinion that Altrincham will have to play well to breach the defence of this Eastleigh team who we think will end up scoring and staying ahead.

We’re therefore seeing a very competitive game with a 0-1 victory for Eastleigh at the end of the match. 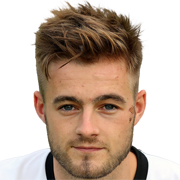 Mostly used in the Central Attacking Midfielder position, Josh Hancock was born in England. Having made his senior debut playing for AFC Telford United in the 2014 - 2015 season, the accomplished Midfielder has struck 11 league goals in the National League 2020 - 2021 campaign to date from a total of 30 appearances.

While we have made these predictions for Altrincham v Eastleigh for this match preview with the best of intentions, no profits are guaranteed. Always gamble responsibly, and with what you can afford to lose. Best of luck.