Woking will be taking on visiting side Altrincham at The Laithwaite Community Stadium in this National League match on Saturday.

Our tips, poll and stats for Woking v Altrincham can all be found here including the latest game odds.

Woking, who won their previous game, will hope for a similar result following the 0-1 National League triumph versus Boreham Wood.

The only player to score from Woking was Reece Grego-Cox (13').

Their latest results show that not much more can be done by the Woking defence. Woking have been stingy, seeing the total number of goals that have gone past their goalkeeper during their last 6 games standing at 4.

Their past results show that Woking:

Altrincham will come into the meeting following on from a 2-1 National League win with the downing of York City in their previous fixture.

Looking at their form, and Altrincham have been scored against in 5 of their last 6 matches, seeing opposing sides hit 12 goals in total. At the back, Altrincham have clearly had some problems. Such a trend won’t necessarily be carried forward into this game, of course.

Looking at their past form shows that Altrincham:

If we look at their past head to head duels going back to 15/08/2015, there has been little between the sides with Woking winning 2 of those games, Altrincham 2 and 2 being draws in normal time.

A combined sum of 18 goals were produced between them in these games, with 9 from The Cardinals and 9 created by Robins. That’s an average goals per game figure of 3.

The last league encounter between these clubs was National League match day 28 on 05/02/2022 when it finished Altrincham 2-2 Woking.

The Woking boss Darren Sarll has zero fitness worries at all ahead of this match thanks to a completely injury-free group ready to go.

Due to a fully injury-free group to pick from, the Altrincham boss Phil Parkinson does not have any fitness concerns to report coming into this match.

One thing is for certain, Altrincham will need to be at their best to put one past a Woking outfit who appear set to fashion the chances to find the net multiple times while not conceding.

We’re therefore predicting a very comfortable 3-0 winning scoreline for Woking when all is said and done. 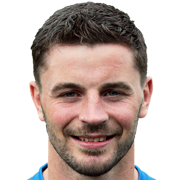 Typically taking to the field in the Striker position, Pádraig Amond was born in Carlow, Rep. Ireland. After having played his first senior match for Shamrock Rovers in the 2008 season, the skilful Forward has netted 3 league goals in the National League 2022 - 2023 campaign to date from a total of 19 appearances.

We have made these Woking v Altrincham predictions for this match preview with the best intentions, but no profits are guaranteed. Please always gamble responsibly, only with money that you can afford to lose. Good luck with your selections.