The Serie B fixture at Stadio Mario Rigamonti on Saturday will see hosts Brescia fighting it out with opponents Como.

Full predictions, pre-match stats and user poll for Brescia v Como are shown on this page including the latest game odds.

Brescia will play in this game following on from a 0-0 Serie B drawn match versus Como.

In that game, Brescia managed 52% possession and 2 shots on goal with 0 on target. Como got 5 attempts at goal with 2 on target.

It’s been a rare occasion in recent times that Brescia have shown defensive steel. The facts show that Brescia have been scored against in 6 of their previous 6 games, shipping 11 goals during that time. That kind of pattern might not be continued into this next game, though.

The trend of at least one team not managing to score in games featuring Como has become apparent recently. A glance at their last 6 games shows that it has occurred 5 times. During those clashes, opposing sides have hit a goal total of 5 while Como have scored 7.

A look at their most recent head to head meetings dating back to 09/03/2003 shows that Brescia have won 3 of these & Como 1, with the tally of drawn matches being 2.

A total of 18 goals were yielded between them during those clashes, with 10 of them from Rondinelle and 8 for I Lariani. That is an average goals per game value of 3.

That time, Como had 41% possession and 11 attempts on goal with 5 of them on target.

At the other end, Brescia had 24 attempts at goal with 8 of them on target. Massimo Bertagnoli (45') scored.

The match was refereed by Gianpiero Miele.

The Brescia manager Pep Clotet will be thankful to have no fitness worries whatsoever before this clash with a completely healthy group ready to go.

We’re envisaging that Como will need to apply a lot of pressure to put one past this Brescia lineup who we reckon should score one, at least.

We’re therefore anticipating a hard-fought 1-0 advantage for Brescia after 90 minutes. 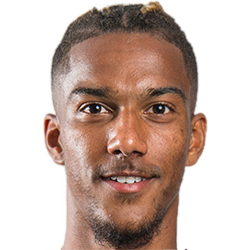 Typically used in the Striker position, Florian Ayé was born in Paris, France. Having played his first senior match for AJ Auxerre in the 2015 - 2016 season, the goalscoring Forward has got 5 league goals in the Serie B 2022 - 2023 season so far from a total of 20 appearances.

We have made these Brescia v Como predictions for this match preview with the best intentions, but no profits are guaranteed. Please always gamble responsibly, only with money that you can afford to lose. Good luck!