Scunthorpe United host the visiting Bromley at Glanford Park in this National League game on Saturday.

View all of the Scunthorpe United v Bromley predictions, poll and stats below - plus the latest match odds.

Scunthorpe United, buoyed by their previous result, will be hoping for more of the same after the 0-1 National League victory over Halifax.

The only player to score from Scunthorpe United was Cameron Wilson (14').

In their prior six games, Michael Nelson's Scunthorpe United have seen rewards for their attempts on goal 6 times resulting in an average number of goals scored per match of 1.

In their last fixture, Bromley drew 1-1 in the National League match with Dagenham & Redbridge.

The only scorer from Bromley was Ben Krauhaus (87'). Josh Hare (37') scored for Dagenham & Redbridge.

In the course of their six latest matches, Andy Woodman's Bromley have found the net 9 times, giving them a goals scored per game average of 1.5.

The last league game between the two was National League match day 5 on 27/08/2022 and the score finished Bromley 1-0 Scunthorpe United.

The referee was Aaron Jackson.

The Scunthorpe United manager Michael Nelson doesn’t have any fitness worries whatsoever before this clash with a completely healthy group available to select from.

From a largely healthy group of players, there is only the sole fitness worry for the Bromley gaffer Andy Woodman to contend with. Reice Charles-Cook (torn tendon) won’t be playing here.

We’ve got the feeling that Scunthorpe United will have their work cut out to break down this Bromley team who should manage to get a goal of their own in a winning performance.

We’ve gone for a very even contest with a 0-1 win for Bromley at full-time. 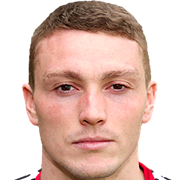 Generally taking to the field in the Striker position, Caolan Lavery was born in Red Deer, Canada. After making a first senior appearance for Southend United in the 2012 - 2013 season, the dangerous Forward has scored 8 league goals in the National League 2022 - 2023 season so far coming from a total of 18 appearances.

We have made these Scunthorpe United v Bromley predictions for this match preview with the best intentions, but no profits are guaranteed. Please always gamble responsibly, only with money that you can afford to lose. Best of luck with your selections.