Cosenza arrive at Stadio Ennio Tardini on Sunday for the Serie B tie with hosts Parma.

Scroll down for all of our predictions, poll and stats for the Parma v Cosenza game - as well as the best betting odds.

Parma will be looking for an improved result here after the 4-0 Serie B defeat last time out to Lecce.

Over their past six games, Enzo Maresca's Parma have hit the target a total of 6 times, an average number of goals scored per match of 1.

After being defeated in their last game at the hands of Reggina in Serie B action, Cosenza and their travelling supporters will be hoping that they can get a better result in this one.

The stats don’t lie, and Cosenza have been scored against in 6 of their last 6 games, with opponents netting 10 goals in total. In defence, Cosenza seem to have a bit of a soft underbelly. We will have to find out if that trend will be sustained here.

Coming into this contest, Cosenza have not won away from home in their last 15 league matches. They must be getting so desperate.

The Parma manager Enzo Maresca will be happy not to have any fitness concerns to speak of coming into this game owing to a completely healthy group ready to go.

Due to a fully healthy squad available to choose from, the Cosenza manager Marco Zaffaroni doesn’t have any fitness worries at all before this match.

For this match, we think that Parma look set to get the goals that they need against Cosenza, who could well find it tough to score.

We therefore think that it’s going to be a decent 2-0 victory for Parma when all’s said and done. 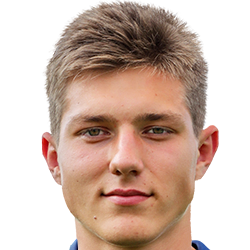 Customarily taking up the Striker position, Adrian Benedyczak was born in Poland. After having played his first senior match for Pogon Szczecin in the 2017 - 2018 season, the dangerous Forward has bagged 3 league goals in the Serie B 2021 - 2022 season so far in a total of 7 appearances.

While we have made these predictions for Parma v Cosenza for this match preview with the best of intentions, no profits are guaranteed. Always gamble responsibly, and with what you can afford to lose. Best of luck.