The Juventus v Ferencvárosi TC live stream video is set to be broadcast on 24/11/2020 . Fans of both clubs can watch the fixture on a live streaming service if this match is featured in the schedule provided above. Here we give useful info for watching this Champions League match including the most recent guide to form, h2h clashes and our game tips.

In order to watch this match using alternative ways, search for broadcasters’ listings in your locality. Such broadcasting deals are typically granted on a per-competition/league or even single match level. For fixures shown live on regional television programmes, check the listings on the likes of BT Sport, Amazon Prime Video, Sky Sports, Now TV, iTV, Canal+, Fox Soccer, ESPN that are relevant for where you are.

When the abovementioned broadcaster does broadcast a Juventus v Ferencvárosi TC football live streaming coverage, you can see the game on a mobile (iPhone, Android including Xiaomi) and computer plus tablet (eg iPad, Huwawei MatePad).

After the match finishes, we may also link to highlights from time to time. We aren’t responsible for the transmission of any match video content linked to from here. All legal issues must be directed to the hosters/owners of the content.

View all of the Juventus v Ferencvárosi TC predictions, poll and stats below - plus the latest betting odds.

Juventus will be looking for a repeat result of the 2-0 Serie A triumph over Cagliari.

In that game, Juventus had 66% possession and 24 shots at goal with 6 of them on target. The only player on the scoresheet for Juventus was Cristiano Ronaldo (38', 42'). On the other side, Cagliari got 4 attempts on goal with 0 on target.

It has been seldom in recent games where Juventus have managed to hold out for a full 90 minutes. The reality is that Juve have seen their defence breached in 5 of their previous 6 games, letting in 6 goals on the way. Let’s see if that trend can be sustained in this game.

Ferencvárosi TC will go into the meeting following on from a 0-1 Nemzeti Bajnokság I win vs Budapest Honvéd FC in their last outing.

The only player to score from Ferencvárosi TC was Marcel Heister (27').

In their previous half-dozen clashes, Ferencvárosi TC have bagged a total of 10 goals. Fradi have also managed to score in every single one of those games. Over that period, they’ve seen 7 goals go into their own net.

The last league clash between these clubs was Champions League match day 3 on 04/11/2020 and the score finished Ferencvárosi TC 1-4 Juventus.

On that day, Ferencvárosi TC had 45% possession and 12 attempts on goal with 3 of them on target. The scorers were Lasha Dvali (81' Own goal) and Franck Boli (90').

The referee was Orel Grinfeeld.

Owing to a completely healthy group available to select from, Ferencvárosi TC boss Serhiy Rebrov doesn’t have any fitness worries to report ahead of this match.

Our feeling is that Juventus will, in all likelihood, be able to create a decent number of chances and shots on target.

However, Ferencvárosi TC could well find it tough finding the net themselves although we do think that they will probably end up converting at least once as well.

We’re predicting a decent 3-1 victory for Juventus by the time that the referee blows the final whistle. 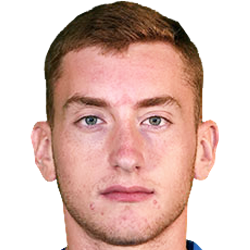 Usually taking to the field in the Central Attacking Midfielder position, Dejan Kulusevski was born in Stockholm, Sweden. After making a first senior appearance for Atalanta in the 2018 - 2019 season, the goalscoring Midfielder has scored 2 league goals in the Serie A 2020 - 2021 season so far in 7 appearances.

While we have made these predictions for Juventus v Ferencvárosi TC for this match preview with the best of intentions, no profits are guaranteed. Always gamble responsibly, and with what you can afford to lose. Best of luck.

⚽️ Where can I get the odds for other Champions League matches?

View all of the next (and previous) Champions League predictions & previews here.