Airdrie United play host to away team Alloa Athletic at The Excelsior Stadium in this League One tie on Saturday.

Our Airdrie United v Alloa Athletic predictions, statistics and match poll can be seen below (inc. the best betting odds).

Airdrie United prepare for this fixture following a 1-1 League One drawn game against Kelty Hearts.

The only name on the scoresheet from Airdrie United was Adam Frizzell (21'). Jamie Barjonas (66') was the scorer for Kelty Hearts.

Airdrie United haven’t had any problems with scoring, netting in one hundred percent of their last 6 games.

They’ve managed to rack up 13 during that period while seeing the number of goals scored against them stand at 9.

After a losing effort in their last game against Falkirk in Scottish Cup action, Alloa Athletic and their travelling supporters will be hoping that they can get a better result in this one.

The only player to score from Alloa Athletic was Luke Donnelly (21'). Brad McKay (45') and Rumarn Burrell (77') scored for Falkirk.

Alloa Athletic have been effective going forward leading up to this encounter, having scored 9 times in their last 6 matches. While their manager Brian Rice will no doubt take that as a positive sign, Alloa Athletic have been somewhat leaky at the back, having also been scored against in 5 of those same games. That sort of pattern isn’t assured to be sustained into this match, of course.

Checking out their prior head to head duels dating back to 30/10/2021, there has been little between the sides with Airdrie United winning 3 of those games, Alloa Athletic 3 and 0 being draws in regulation time.

A sum of 14 goals were scored between the two sides during those clashes, with 8 of them for The Diamonds and 6 being from The Wasps. That’s an average goals per game figure of 2.33.

The previous league encounter featuring these clubs was League One match day 11 on 15/10/2022 which finished with the scoreline of Alloa Athletic 2-0 Airdrie United.

The match was refereed by Scott Lambie.

The Airdrie United boss Rhys McCabe doesn’t have any fitness concerns to speak of before this game owing to a completely healthy group available for selection.

Owing to a completely healthy group to choose from, the Alloa Athletic manager Brian Rice has zero fitness worries whatsoever ahead of this game.

Here is a game where Alloa Athletic will need to apply a lot of pressure to hit the back of the net against this Airdrie United lineup who we think will likely be able to grind out a win.

That’s why our selection here is for a very competitive game with a 1-0 advantage for Airdrie United at the end of this game. 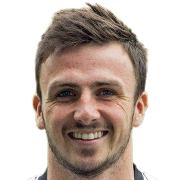 Typically playing in the Striker position, Calum Gallagher was born in Scotland. After having made a senior debut playing for Alloa Athletic in the 2012 - 2013 season, the gifted Forward has contributed 9 league goals in the League One 2022 - 2023 campaign so far in 21 appearances.

We have made these Airdrie United v Alloa Athletic predictions for this match preview with the best intentions, but no profits are guaranteed. Please always gamble responsibly, only with money that you can afford to lose. Best of luck with your selections.