View all of the Arbroath v Hamilton Academical predictions, poll and stats below - as well as the best betting odds.

Arbroath head into this fixture following on from a 1-1 Challenge Cup draw against Aberdeen B.

Hamilton Academical will go into this match following on from a 3-2 Challenge Cup win against Hearts B in their previous outing.

Going into this contest, Hamilton Academical have not been beaten in their last 2 away league matches.

Inspecting their past head-to-head clashes stretching back to 05/02/2000 tells us that Arbroath have won 0 of these and Hamilton Academical 2, with the tally of drawn results being 4.

A total of 18 goals were scored between the two sides during those clashes, with 7 from The Red Lichties and 11 being from The Accies. The average goals per game has been 3.

The Arbroath boss Dick Campbell will be grateful to have no fitness concerns to speak of ahead of this game owing to a fully injury-free group to choose from.

Due to a fully healthy group available to select from, the Hamilton Academical manager Stuart Taylor doesn’t have any fitness concerns whatsoever before this game.

We’re envisaging that Hamilton Academical will have a tough ask to hit the back of the net against this Arbroath side who should score & stay on top.

We’re therefore expecting a highly competitive game with a 1-0 victory for Arbroath at the end of the match. 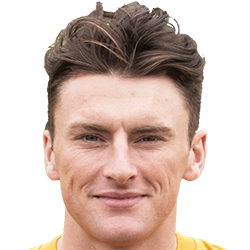 Mostly taking up the Central Attacking Midfielder position, Michael McKenna was born in Edinburgh, Scotland. After making a first senior appearance for Livingston in the 2014 - 2015 season, the dangerous Midfielder has struck 5 league goals in the Championship 2021 - 2022 campaign so far in a total of 4 appearances.

We have made these Arbroath v Hamilton Academical predictions for this match preview with the best intentions, but no profits are guaranteed. Please always gamble responsibly, only with money that you can afford to lose. Good luck!