Birmingham City visit Brentford Community Stadium on Tuesday for the Championship fixture with home side Brentford.

Brentford prepare for this fixture coming off the back of a 1-1 Championship tied result against Huddersfield Town.

It’s been a rare occasion in recent games where Brentford haven’t conceded. The reality is that The Bees have seen their defence breached in 5 of their previous 6 games, leaking 6 goals along the way.

Birmingham City come into this meeting after a 1-0 Championship win over Swansea City in their previous fixture.

Looking at their form, and Birmingham City have been scored against in 5 of their last 6 matches, letting opponents get 9 goals in all. In defence, The Blues have some weaknesses to address. We will have to see whether or not that trend can be continued on here.

Leading up to this clash, Birmingham City:

An examination of their past head-to-head clashes going back to 20/02/2018 shows that Brentford have won 1 of these and Birmingham City 2, with the number of drawn matches standing at 3.

An aggregate of 11 goals were yielded between them in these games, with 7 of them from The Bees and 4 netted by The Blues. The average number of goals per game works out to 1.83.

The last league game between these clubs was Championship match day 1 on 12/09/2020 which finished with the scoreline of Birmingham City 1-0 Brentford.

That time, Birmingham City had 36% possession and 11 shots on goal with 3 of them on target. Their only player on the scoresheet was Jérémie Béla (37').

On the other side, Brentford got 16 attempts at goal with 4 of them on target.

Brentford manager Thomas Frank has no fitness worries at all before this clash thanks to a fully healthy squad available for selection.

Thanks to a fully injury-free squad available for selection, Birmingham City boss Lee Bowyer does not have any fitness concerns to report ahead of this game.

We’re of the view that Brentford can score a couple of goals when they face Birmingham City, who could well find it tough getting on the scoresheet.

Our selection here is for a comfortable 2-0 winning score for Brentford when all’s said and done. 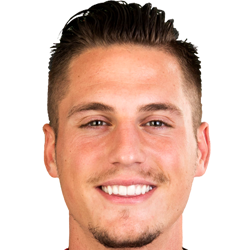 Usually taking up the Right Wing position, Sergi Canós was born in Nules, Spain. After having made a senior debut playing for Liverpool in the 2015 - 2016 season, the skilful Forward has scored 7 league goals in this Championship 2020 - 2021 campaign so far coming from a total of 37 appearances.

We have made these Brentford v Birmingham City predictions for this match preview with the best intentions, but no profits are guaranteed. Please always gamble responsibly, only with money that you can afford to lose. Good luck with your selections.