Notts County arrive at Meadowbank on Saturday for the National League meeting with home side Dorking Wanderers.

All Dorking Wanderers v Notts County game predictions, stats and user poll are shown below - as well as up-to-date odds.

Dorking Wanderers will want to continue from where they left off last time out with the 0-1 National League success against Barnet.

The only scorer from Dorking Wanderers was Bobby-Joe Taylor (32').

Heading into this contest, Dorking Wanderers haven’t won at home in the past 2 league games.

Notts County will come into the encounter following a 2-0 National League win vs Aldershot Town in their last outing.

For Notts County, the scorers were Cedwyn Scott (52') and Macauley Langstaff (64').

In their last half-dozen outings, Notts County have helped themselves to a tally of 15 goals. Notts County have also not failed to score in every single one of those games. During those fixtures, they’ve seen 4 goals go into their own net. Let’s find out whether or not that trend will be continued on into this next match.

Looking at personnel, there is just a single fitness concern for the Dorking Wanderers boss Marc White to contend with due to a largely intact set of players. Alfie Rutherford (Cruciate Ligament Rupture) misses out.

Owing to a fully healthy squad to pick from, the Notts County boss Luke Williams does not have any fitness concerns to report before this match.

Our thinking is that Dorking Wanderers have the capability to score a goal against this Notts County lineup, although just one goal is unlikely to be as many as the goals that they could concede.

Therefore, we think that it’s going to be a close game with a 1-2 win for Notts County when the referee blows the final whistle. We are expecting it to be pretty even. 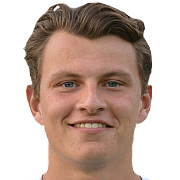 Usually used in the Striker position, Alfie Rutherford was born in England. Having played his first senior match for Dorking Wanderers in the 2022 - 2023 season, the skilful Forward has managed to score 2 league goals in the National League 2022 - 2023 campaign so far coming from a total of 7 appearances.

While we have made these predictions for Dorking Wanderers v Notts County for this match preview with the best of intentions, no profits are guaranteed. Always gamble responsibly, and with what you can afford to lose. We wish you the best of luck.