Górnik Zabrze will be the visitors at Polsat Plus Arena Gdańsk on Friday for the Ekstraklasa clash with hosts Lechia Gdańsk.

For all of our match predictions, pre-game poll and statistics for Lechia Gdańsk v Górnik Zabrze, scroll down - as well as up-to-date odds.

Lechia Gdańsk will be looking to improve on their last outing here after a 1-3 Ekstraklasa loss in their previous game against Piast Gliwice.

Marcin Kaczmarek's Lechia Gdańsk have hit the target a sum total of 7 times in their past 6 outings. The corresponding tally of goals that they have conceded in those same fixtures stands at 8.

Heading into this fixture, Lechia Gdańsk haven't been beaten in the league by Górnik Zabrze in their last 3 games.

After being beaten in their last game against Miedź Legnica in Ekstraklasa competition, Górnik Zabrze will be hoping to turn things around here.

In that game, Górnik Zabrze managed 70% possession and 11 shots at goal with 6 of them on target. Miedź Legnica had 9 attempts on goal with 4 on target. Luciano Narsingh (34'), Szymon Matuszek (40') and Chuca (72') scored for Miedź Legnica.

In a total of 5 of the previous 6 games featuring Górnik Zabrze, at least three goals have gone in. The overall average goals scored per match during that spell is 3.17, with the average number of goals for Górnik Zabrze standing at 1.5. That pattern won’t necessarily be carried forward into this next game, though.

Going into this game, the form guide shows that Górnik Zabrze:

A review of their past head to head clashes stretching back to 26/10/2019 shows us that Lechia Gdańsk have won 2 of these games & Górnik Zabrze 1, with the number of drawn results being 3.

A sum of 17 goals were produced between them throughout the course of those matches, with 9 of them from Gdańsk and 8 netted by Trójkolorowi. That’s an average goals per game of 2.83.

The last league game featuring the two was Ekstraklasa match day 29 on 18/04/2022 when it finished Górnik Zabrze 1-3 Lechia Gdańsk.

In that game, Górnik Zabrze managed 47% possession and 18 attempts at goal with 3 on target. Their only player on the scoresheet was Bartosz Nowak (58').

The Lechia Gdańsk manager Marcin Kaczmarek will be grateful to have no fitness concerns to speak of ahead of this clash owing to a completely injury-free squad available for selection.

Thanks to a mainly healthy group of players, there’s just a single fitness issue for the Górnik Zabrze gaffer Bartosch Gaul to be concerned about. Rafal Janicki (Ruptured ligaments) won’t be in action.

We feel that Górnik Zabrze and Lechia Gdańsk may well end up cancelling each other out here.

A draw is a real possibility, as we are expecting there to be little between them. That’s why our selection here is for a hard-fought 1-1 scoreline when the full-time whistle blows. 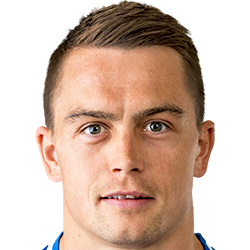 Generally taking to the field in the Centre Midfield position, Maciej Gajos was born in Kraków, Poland. Having made a first senior appearance for Jagiellonia Białystok in the 2012 - 2013 season, the skilful Midfielder has bagged 3 league goals in the Ekstraklasa 2022 - 2023 season to date in 16 appearances.

We have made these Lechia Gdańsk v Górnik Zabrze predictions for this match preview with the best intentions, but no profits are guaranteed. Please always gamble responsibly, only with money that you can afford to lose.