Return to this page a few days before the scheduled game when this expired prediction will be updated with our full preview and tips for the next match between these teams.
Full-Time Result Prediction
👉
Shelbourne to Win

Shelbourne will be visiting UCD Bowl on Friday for the Premier Division fixture with home team UCD.

UCD fans will want a repeat of their previous result, being a 0-2 Premier Division triumph versus Sligo Rovers.

It has been a rare occasion in recent games that UCD have managed to hold out for a full 90 minutes. In fact, UCD have seen their defence breached in 5 of their previous 6 matches, giving up 10 goals along the way. We shall soon see whether or not that trend will end up being continued on in this game.

Looking at the pre-match facts, UCD:

Shelbourne head into the match after a 3-1 Premier Division win vs Finn Harps in their previous outing.

During their six most recent matches, Damien Duff's Shelbourne have turned their attacks into goals a total of 6 times, earning them a goals per game average of 1.

Their prior results show that Shelbourne:

Looking at their most recent head to head meetings going back to 21/05/2021 tells us that UCD have won 1 of these & Shelbourne 2, with the tally of drawn matches standing at 3.

In all, 10 goals were yielded between them during those clashes, with 4 for The Students and 6 coming from The Shels. The average number of goals per game works out to 1.67.

The previous league meeting featuring the two was Premier Division match day 17 on 23/05/2022 when the final score was Shelbourne 2-0 UCD.

The UCD boss Andy Myler does not have any fitness worries to speak of coming into this clash thanks to a fully injury-free squad available to choose from.

Owing to a fully injury-free group available to choose from, the Shelbourne boss Damien Duff doesn’t have any fitness concerns to report before this match.

UCD might have a difficult job to break down this Shelbourne team who we think will do enough to score at the other end and edge ahead.

We therefore see a good battle with a 0-1 win for Shelbourne at the conclusion of the game. 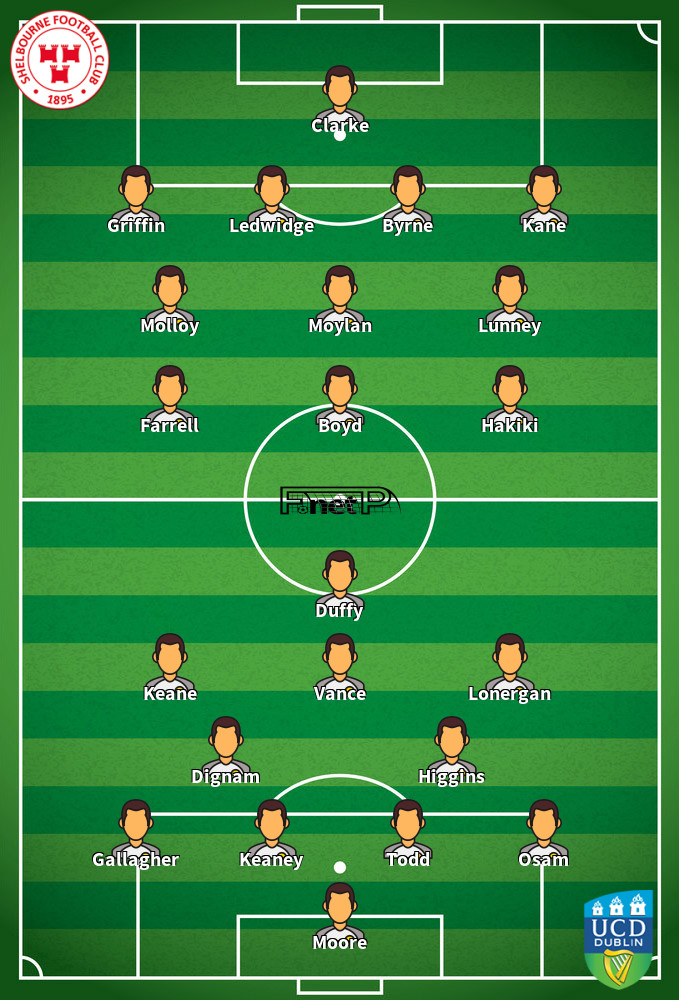 Mostly playing in the Central Attacking Midfielder position, Liam Kerrigan was born in Sligo, Rep. Ireland. Having made a first senior appearance for Sligo Rovers in the 2018 season, the goalscoring Midfielder has struck 2 league goals in the Premier Division 2022 season to date in 19 appearances.

While we have made these predictions for UCD v Shelbourne for this match preview with the best of intentions, no profits are guaranteed. Always gamble responsibly, and with what you can afford to lose. Good luck with your selections.