AC Milan will arrive at Stadio Olimpico di Roma on Tuesday for the Serie A clash with home side Lazio.

For all of our match predictions, pre-game poll and statistics for Lazio v AC Milan, scroll down - as well as up-to-date odds.

Lazio are hoping to win again after their last result, a 1-0 Coppa Italia victory versus Bologna.

In that game, Lazio had 54% possession and 14 attempts on goal with 6 on target. The only player to score for Lazio was Felipe Anderson (33'). Bologna got 3 attempts at goal with 0 of them on target.

Over their prior six fixtures, Maurizio Sarri's Lazio have hit the target a total of 7 times, an average number of goals per match equal to 1.17.

Their previous form shows that Lazio:

Following on from suffering a loss in their previous game against Inter Milan in Supercoppa competition, AC Milan and their travelling supporters will be hoping that they can get a better result in this one.

Looking at their form, and AC Milan have been scored against in 6 of their last 6 matches, conceding 10 goals in all. In defence, AC Milan just haven’t been too solid at all.

Coming into this contest, AC Milan have not been beaten in their last 3 league matches away from home.

An examination of their most recent head-to-head meetings dating back to 04/07/2020 shows that Lazio have won 1 of them and AC Milan 5, with the tally of draws standing at 0.

In all, 20 goals were scored between the two sides in this period, with 6 from i Biancocelesti and 14 belonging to i Rossoneri. That is an average goals per game value of 3.33.

The previous league fixture featuring these sides was Serie A match day 34 on 24/04/2022 when the final score was Lazio 1-2 AC Milan.

That time, Lazio had 47% possession and 7 shots at goal with 2 on target. Their only player to score was Ciro Immobile (4').

In our view, Lazio will do well to get anything against this AC Milan team who we think might emerge victorious.

We therefore think that it’s going to be a 0-1 advantage for AC Milan when the full-time whistle blows. 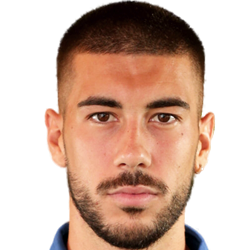 Mostly deployed in the Left Wing position, Mattia Zaccagni was born in Italy. Having made a first senior appearance for Venezia in the 2014 - 2015 season, the skilful Forward has struck 7 league goals in this Serie A 2022 - 2023 campaign to date coming from a total of 16 appearances.

We have made these Lazio v AC Milan predictions for this match preview with the best intentions, but no profits are guaranteed. Please always gamble responsibly, only with money that you can afford to lose. Best of luck.