Ascoli journey to Stadio Oreste Granillo on Tuesday for the Serie B meeting with home team Reggina.

Our predictions, user poll and statistics for Reggina v Ascoli can be found here - plus the latest match odds.

Reggina go into this game after a 1-1 Serie B draw vs Cremonese.

Their most recent results shine a light on the fact that things are going according to plan in the Reggina backline. Gli Amaranto have been miserly, seeing the number of goals that have gone past their goalkeeper during their last 6 games standing at 4.

Going into this contest, Reggina are unbeaten in their previous 4 home league matches.

Ascoli come into this match after a 2-0 Serie B win with the eclipse of Empoli in their previous game.

A sequence of dependable performances by the Ascoli defensive unit has seen their ‘goals against’ tally amounting to 4 from their previous 6 clashes combined. In that time, their forwards have scored 8. Nevertheless, we must now wait to see if that trend will persist in this next match or not.

Ahead of this clash, Ascoli have not emerged victorious against Reggina when they've played them away from home in the last 3 matches in the league.

A review of their most recent head to head meetings going back to 21/05/2011 tells us that Reggina have won 2 of these games & Ascoli 1, with the number of drawn games standing at 3.

A combined total of 12 goals were produced between them in these games, with 8 for Gli Amaranto and 4 being from Bianconeri. That is an average goals per game value of 2.

The last league fixture featuring these clubs was Serie B match day 17 on 04/01/2021 when it finished Ascoli 2-1 Reggina.

That time, Ascoli managed 60% possession and 6 shots at goal with 3 of them on target. Goals were scored by Gianmarco Cangiano (83') and Oliver Kragl (91').

For their opponents, Reggina had 13 attempts on goal with 5 of them on target. Daniele Liotti (19') was the scorer.

Owing to a completely injury-free group to choose from, Ascoli manager Andrea Sottil has zero fitness worries to report before this game.

Here, we’re thinking that Ascoli will need to push hard to hit the back of the net against this Reggina side who we think might well get a goal themselves and run out victorious.

We’re therefore predicting a hard-fought 1-0 win for Reggina when the full-time whistle blows. 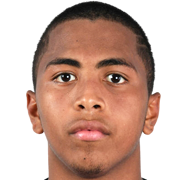 Generally playing in the Striker position, Rigoberto Rivas was born in Balfate, Honduras. After having played his first senior match for Brescia in the 2017 - 2018 season, the skilful Forward has accumulated 5 league goals in the Serie B 2020 - 2021 season so far coming from a total of 24 appearances.

While we have made these predictions for Reggina v Ascoli for this match preview with the best of intentions, no profits are guaranteed. Always gamble responsibly, and with what you can afford to lose. Good luck!