Return to this page a few days before the scheduled game when this expired prediction will be updated with our full preview and tips for the next match between these teams.
Full-Time Result Prediction
👉
CSKA 1948 to Win
Both Teams to Score Prediction
👉
Yes

CSKA 1948 have been on a persistent run of goalscoring form, finding the back of the net every time they’ve gone out to play in their last 6 matches.

They have claimed a sum of 11 during that time while seeing the number of goals scored against them stand at 5. Nevertheless, we’ll just have to find out if that pattern might persist in this next game or not.

Heading into this contest, CSKA 1948 are undefeated in their previous 7 home league matches.

Showing their penchant for fruitful matches, goals have been celebrated 24 times in the last six matches in which Botev Vratsa have played, making it a mean average of 4 goals per clash. Opposition teams have got 11 of these goals.

Coming into this contest, Botev Vratsa have not won away from home in their last 2 league games.

That day, Botev Vratsa managed 47% possession and 7 attempts at goal with 2 of them on target.

We feel that CSKA 1948 have it within them to be able to create a decent number of chances and shots on target.

At the other end, Botev Vratsa will be up against it finding the net themselves but we do think it’s quite likely that they will be being dangerous for periods. 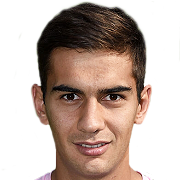 Usually taking to the field in the Centre Midfield position, Ivaylo Chochev was born in Bulgaria. After having played his first senior match for CSKA Sofia in the 2012 - 2013 season, the dangerous Midfielder has got 2 league goals in the First League 2022 - 2023 season to date from a total of 3 appearances.

While we have made these predictions for CSKA 1948 v Botev Vratsa for this match preview with the best of intentions, no profits are guaranteed. Always gamble responsibly, and with what you can afford to lose. Best of luck with your selections.