Cheltenham Town are going up against visiting opponents Charlton Athletic at Jonny-Rocks Stadium in this League One fixture on Saturday.

Cheltenham Town will play in this fixture following a 1-1 League One drawn match against Burton Albion.

The only name on the scoresheet from Cheltenham Town was Callum Wright (21'). Daniel Jebbison (51') was the scorer for Burton Albion.

Ahead of this meeting, Cheltenham Town are without a home win in the past 4 league matches. Fans are getting restless.

Since suffering a loss in their previous game against Crewe Alexandra in League One action, Charlton Athletic will be hoping to turn things around here.

The only scorer from Charlton Athletic was Mason Burstow (80'). Oliver Finney (38') and Mikael Mandron (45') scored for Crewe Alexandra.

A tendency of at least one team not managing to score in games featuring Charlton Athletic has become fairly consistent of late. Examining their last 6 meetings reveals that this has occurred 5 times. In these clashes, opposing sides have managed a goal total of 5 while Charlton Athletic have scored 4. Having said that, it remains to be seen if the trend will be sustained in this upcoming match.

The Cheltenham Town manager Michael Duff has a full complement, with no fitness concerns to speak of coming into this clash thanks to a fully healthy group available to select from.

Out of a mainly healthy group, there’s only a single fitness problem for the Charlton Athletic manager Johnnie Jackson to be concerned with. Jake Forster-Caskey (Cruciate Ligament Injury) misses out for this game.

We’re of the opinion that Charlton Athletic and Cheltenham Town may both struggle to make a breakthrough here.

There should be little in it, and a draw looks quite a realistic result. We’re therefore seeing a very competitive game with a 0-0 draw by the conclusion of this game. 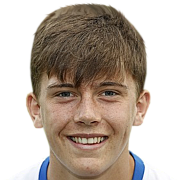 Mostly deployed in the Centre Midfield position, Callum Wright was born in England. After having played his first senior match for Cheltenham Town in the 2021 - 2022 season, the goalscoring Midfielder has managed to score 5 league goals in this League One 2021 - 2022 campaign so far in 13 appearances.

We have made these Cheltenham Town v Charlton Athletic predictions for this match preview with the best intentions, but no profits are guaranteed. Please always gamble responsibly, only with money that you can afford to lose. Good luck if you do place a bet today.