Dunfermline Athletic will be at New Douglas Park on Saturday for the League One tie with home team Clyde.

View all of the Clyde v Dunfermline Athletic predictions, poll and stats below (plus the best game odds).

Clyde will be looking for an improved result here after the 1-0 League One losing effort in their last game against Peterhead.

It has been a rare occasion in recent times where Clyde have managed to hold out for a full 90 minutes. The facts show that Clyde have been scored against in 6 of their previous 6 games, leaking 13 goals during that time. Having said that, we will just have to wait and see if the trend might persist in this upcoming game.

Their previous form shows that Clyde:

Following on from being defeated in their last game at the hands of Dundee in Challenge Cup action, Dunfermline Athletic will be hoping to turn things around here.

Illustrating their bias toward action-packed encounters, we’ve seen goals 22 times in the previous six matches in which Dunfermline Athletic have sent out their troops, making it a mean average of 3.67 goals for each meeting. Opposing teams have managed 7 of those goals.

A look at their previous results shows us that Dunfermline Athletic:

A study of past results between these clubs stretching back to 10/01/2009 tells us that these fixtures have not been kind to Clyde. They’ve not managed to get any victories whatsoever while Dunfermline Athletic have just been stronger than them, getting wins in 67 per cent of those matches.

20 goals were scored between them throughout the course of those matches, with 6 for The Bully Wee and 14 created by The Pars. That’s an average goals per game figure of 3.33.

The previous league meeting between these sides was League One match day 15 on 12/11/2022 and the score finished Dunfermline Athletic 2-2 Clyde.

The Clyde boss Jim Duffy does not have any fitness worries whatsoever coming into this clash with a fully healthy squad available for selection.

Due to a completely injury-free squad to pick from, the Dunfermline Athletic boss James McPake has zero fitness concerns at all ahead of this game.

We feel that Clyde have the capability to breach the defence of this Dunfermline Athletic side, however a single goal isn’t likely to prevent defeat.

Therefore, we think that it’s going to be a 1-2 winning score for Dunfermline Athletic at the end of this one. There looks to be little in this one. 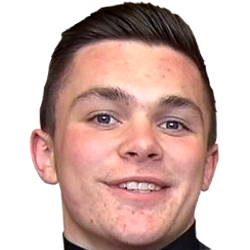 Usually used in the Striker position, Jordan Allan was born in Scotland. Having made a first senior appearance for Airdrie United in the 2012 - 2013 season, the accomplished Forward has scored a sum of 10 league goals in this League One 2022 - 2023 campaign to date coming from a total of 21 appearances.

While we have made these predictions for Clyde v Dunfermline Athletic for this match preview with the best of intentions, no profits are guaranteed. Always gamble responsibly, and with what you can afford to lose.