Coleraine will be hosting guests Newry City at Coleraine Showgrounds in this Premiership match on Friday.

Our predictions, user poll and statistics for Coleraine v Newry City can be found here - plus the latest betting odds.

Coleraine will be wanting a better result here following a 1-0 Premiership loss in their previous game against Glentoran.

Matches with Coleraine have often been entertaining ones of late with plenty of scoring expected. Over their past half dozen games alone, the sum of 22 goals have gone in for both sides combined (at an average of 3.67 goals per game) with 15 of them belonging to Coleraine. We shall soon find out whether or not that trend can be sustained into this next match.

Newry City head into the meeting following on from a 1-0 Premiership win to beat Dungannon Swifts in their most recent match.

The only name on the scoresheet from Newry City was Lorcan Forde (61').

The stats tell the story, and Newry City have been scored against in 5 of their last 6 games, letting opponents get 11 goals overall. At the back, Newry City have not been doing too well.

The Coleraine boss Oran Kearney will be grateful to have no fitness worries at all ahead of this clash with a fully injury-free squad to choose from.

Owing to a completely injury-free squad available to choose from, the Newry City manager Darren Mullen doesn’t have any fitness worries whatsoever coming into this game.

When taking all factors into account, Newry City have the firepower to breach the defence of this Coleraine outfit, but that possibly won’t be enough to avoid a loss.

We are anticipating a 2-1 winning margin for Coleraine after the 90. It really should be an interesting one. 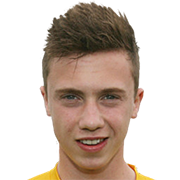 Generally used in the Striker position, Matthew Shevlin was born in N. Ireland. Having made his senior debut playing for Ballymena United in the 2014 - 2015 season, the accomplished Forward has scored a sum of 7 league goals in the Premiership 2022 - 2023 season so far coming from a total of 6 appearances.

We have made these Coleraine v Newry City predictions for this match preview with the best intentions, but no profits are guaranteed. Please always gamble responsibly, only with money that you can afford to lose. Good luck with your selections.