Como will be facing visitors Parma at Stadio Giuseppe Sinigaglia in this Serie B meeting on Sunday.

View all of the Como v Parma predictions, poll and stats below (including the best match odds).

Como will be hoping for a better result after the 3-2 Serie B defeat in their last game at the hands of Monza.

Como haven’t been able to stop scoring goals, hitting the target in each and every one of their last 6 games.

They’ve claimed a sum of 12 during that time while seeing the number of goals scored against them stand at 6. Such a trend won’t necessarily be carried forward here, though.

Going into this encounter, Como haven't been defeated in their previous 4 home league matches.

Last time out, Parma drew 1-1 in the Serie B tie with Cosenza.

During their 6 latest matches, Enzo Maresca's Parma have slotted home a total of 5 times therefore giving them the goals per game average of 0.83.

The Como manager Giacomo Gattuso will be grateful to have no fitness worries to speak of coming into this game with a fully injury-free squad available for selection.

Due to a completely healthy group to pick from, the Parma boss Enzo Maresca does not have any fitness concerns at all ahead of this clash.

When taking all factors into account, Parma and Como should both be able to find the back of the net here although it’s difficult to select a clear winner.

It could well end in a draw. With that in mind, we reckon that it will be a very even match with a 1-1 scoreline when the referee blows the full-time whistle. 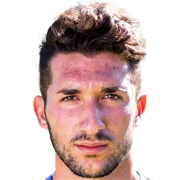 Usually taking up the Centre Midfield position, Alessandro Bellemo was born in Chioggia, Italy. After having made a senior debut playing for Como in the 2021 - 2022 season, the goalscoring Midfielder has managed to score 4 league goals in the Serie B 2021 - 2022 season to date in a total of 13 appearances.

We have made these Como v Parma predictions for this match preview with the best intentions, but no profits are guaranteed. Please always gamble responsibly, only with money that you can afford to lose. Good luck with your selections.