For all of our match predictions, pre-game poll and statistics for Gorica v Varaždin, scroll down - as well as the best betting odds.

Gorica will be hoping for a better result following the 1-0 Prva Liga loss in their previous game against Istra 1961.

Gorica have struggled with their forward play in recent times. Their ‘goals for’ figure stands at just 3 vs opponents during the course of their last six outings. In those meetings, Gorica have also seen the number of goals against them total 10.

Analysis of their past results shows that Gorica:

After being defeated in their last game at the hands of Rijeka in Prva Liga competition, Varaždin will be hoping to turn things around here.

The numbers tell their own story, and Varaždin have been scored against in 6 of their last 6 games, seeing their opponents hit 11 goals in all. At the back, Varaždin seem to have a bit of a soft underbelly. Still, we must now wait to see if that trend will be replicated here in this match.

A review of their prior head-to-head clashes stretching back to 10/07/2020 tells us that Gorica have won 2 of them & Varaždin 3, with the number of draws being 1.

A combined total of 14 goals were scored between them in this period, with 8 of them from Gorica and 6 belonging to Bumbari. That is an average goals per game value of 2.33.

The last league game between these clubs was Prva Liga match day 8 on 03/09/2022 which ended up with the score at Varaždin 2-1 Gorica.

The match was refereed by Radoslav Gidzhenov.

The Gorica manager Željko Sopić has no fitness worries to speak of ahead of this match thanks to a fully healthy group ready to go.

With a completely injury-free squad ready to go, the Varaždin manager Mario Kovačević has no fitness worries to speak of ahead of this game.

We’re thinking that Varaždin will need to push hard to register a score against this Gorica side who we think should score & stay on top.

We’re therefore expecting a very competitive game with a 1-0 advantage for Gorica at the end of the 90. 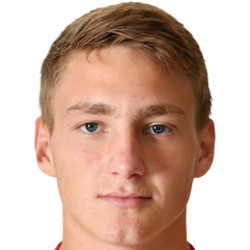 We have made these Gorica v Varaždin predictions for this match preview with the best intentions, but no profits are guaranteed. Please always gamble responsibly, only with money that you can afford to lose. Good luck if you do place a bet today.